EURUSD is declining somewhat following the pullback on the four-month high of 1.1421 on Wednesday. This short-term bearish movement is confirmed by the technical indicators, as the MACD is falling beneath its trigger line in the positive zone, while the stochastic oscillator is approaching the oversold territory.

On the other hand, a rising move could hit the four-month peak of 1.1421 and the 1.1495 level, taken from the peak on March 9. More upside pressures could send the market until the 1.1570 resistance, identified on January 2019.

Concluding, EURUSD seems to be in a downside correction in the very short-term, while in a bigger picture the upside tendency retains. 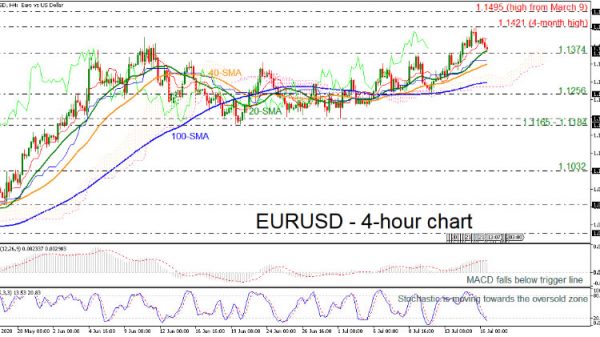