Currently , the stock is doing a pullback in wave ((iv)) to correct the cycle from August 12 low. The structure could be unfolding as a double correction. Wave (w) has ended at 3378 low. The bounce in wave (x) is currently is progress. Afterwards, the stock could do another leg lower in wave (y) and end wave ((iv)) in the higher degree. As long as 3072.72 low stays intact, the dips in 3,7 or 11 swings is expected to find support for more upside. The stock then can resume higher in wave ((v)) afterwards. 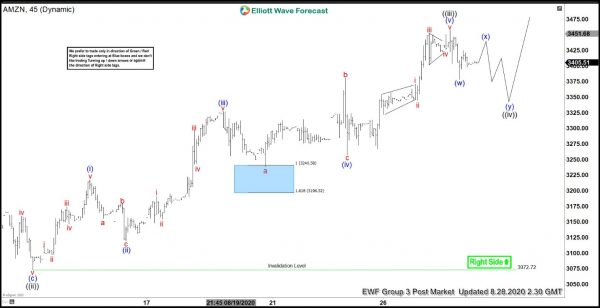