After the successful breach of the important resistance zone at 1.1920, the EUR continued to gain positions against the USD. A continuation of the rally and an attack of the high at around 1.2010 is the most probable scenario at the time of writing the analysis. If a retracement develops, it should be limited to the support at 1.1924. This week, the most important economic news that could have a significant impact on the currency pair, is the data on the consumer price index in the Eurozone (10:00 GMT), the ISM Manufacturing data for the U.S. (15:00 GMT) on Tuesday, as well as the Non-farm Payrolls change and the Unemployment rate in the U.S. (Friday; 13:30 GMT). 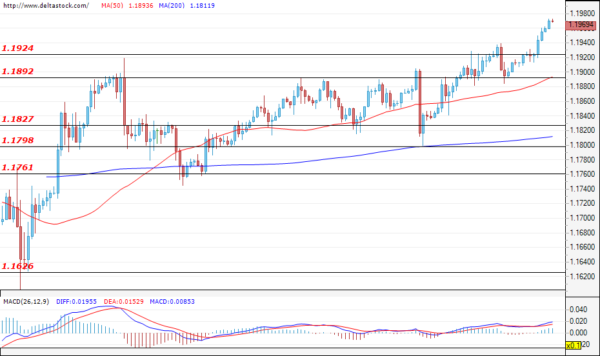 The bears remained in control and the USD/JPY declined, reaching the current level of around 103.86. A test of the close support zone at 103.72 is highly probable. A successful violation of this level will pave the way towards the next target at 103.20. A test of 104.18 is not out of the question if the bulls re-enter the market, but only a breach of the next target at 104.43 could lead to a change in the current market sentiment. 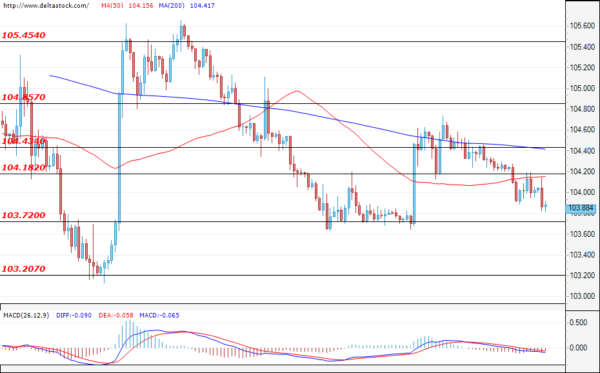 Bears’ attempt to violate the support zone at 1.3302 was not successful and, at the time of writing, the pair is holding steady above the aforementioned level. If buyers gain enough momentum, their first target will be the important resistance zone at 1.3394. А breach of this level will confirm that the uptrend is still intact and signal that the rally will most probably continue towards the levels of around 1.3480. In the negative direction, violation of the support levels at 1.3302 and 1.3275 could lead to a deeper correction towards the zone at 1.3225. 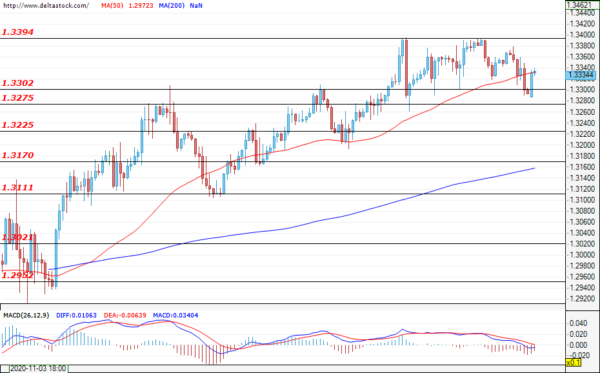