The support at 1.2140 manages to hold off the bear pressure for the time being, however, it’s possible for the sell-off to continue towards the next support zone at around 1.2080. An alternative scenario for the pair could be the formation of a range around the current levels so that the market could roll-over and continue the uptrend. The first resistance for the bulls is 1.2220 after yesterday’s successful breach of this level was confirmed. Analyzing the higher time frames, we see that even a drop to 1.1910 won’t jeopardise the uptrend in the bigger picture, thus bullish sentiment for the pair is expected to remain unchanged. Today, investors will focus on the initial jobless claims numbers for the U.S. (13:30 GMT), as well as on a speech from the FED chairman Jerome Powell (17:30 GMT). 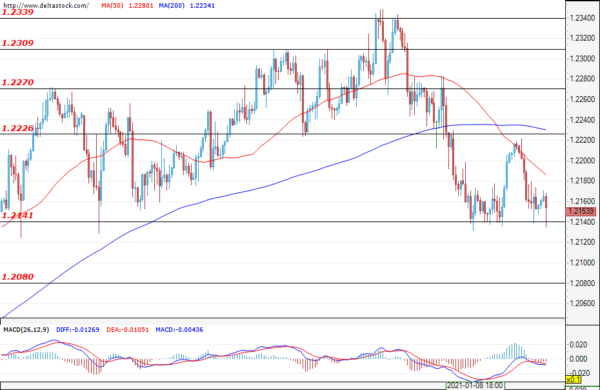 The resistance at 104.25 managed to fend off the attack of the bulls and the following bearish impulse was limited by the support at 103.50. It seems that the bulls have plenty of energy left and the situation is unclear as to who will take control. Should the resistance at 104.25 be breached, the move could gain further traction and the bulls may take prices as high as the 105.50 level. On the other hand, if the currently forming local high falls apart, bears would have their chance to retake control and go for another test of the 102.70 low. 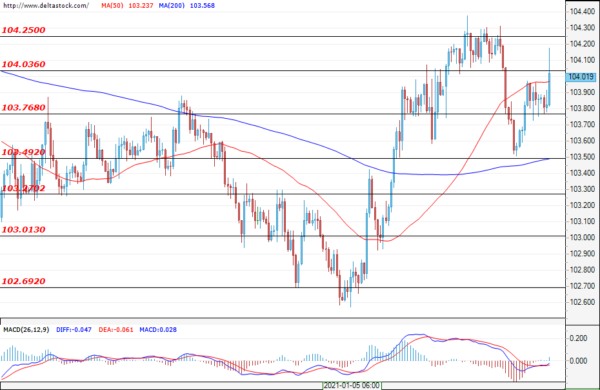 Yesterday, buyers once again tested the resistance at 1.3700. This time, however, bears were not as aggressive as they were the last time this level was reached. The current forecast is for another test and a potential breach of this level. The breach might take more time to happen as the U.S. dollar has lately been going strong across the board. Possible sell-offs should remain limited above the support zone at 1.3440. 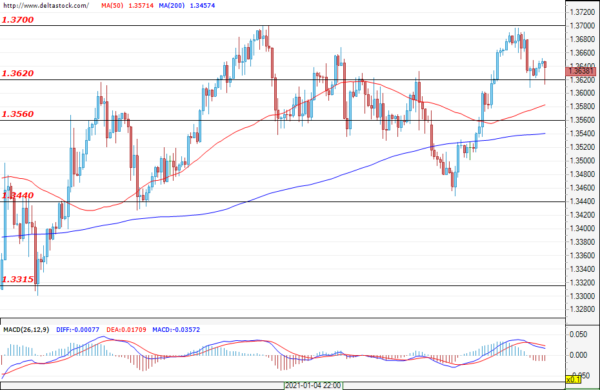