‘The dollar has risen as U.S. Treasury yields went up this week, but there appears to be some resistance on the upside around the middle of the 115-yen level.’ – Mizuho Securities (based on Reuters)

For the third consecutive day on Wednesday the US Dollar outperformed the Japanese Yen. The Buck itself overperformed, which caused the ascending channel’s resistance line to be pierced. Consequently, the 115.00 mark was put to the test, but managed to contain the USD/JPY pair for the time being. However, a breach today is more than possible, as the upcoming NFP data is probably the most anticipated in comparison to all the readings in the last couple of years, as it would indicate whether Fed is to raise rates next week. A positive reading is to boost the Buck and could even push it beyond 116.00, while a disappointment might lead to a drop back to 113.00.

There are 56% of traders holding long positions today (previously 55%), whereas the share of buy orders slid from 67 to 54%. 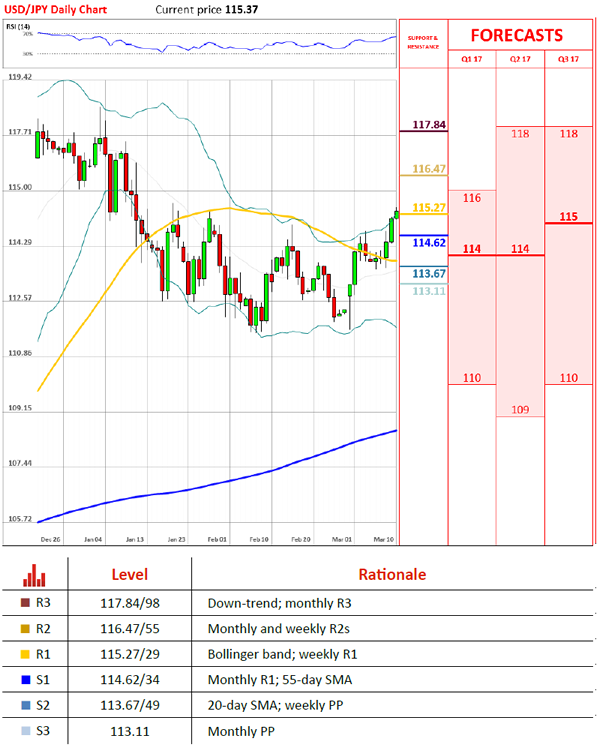 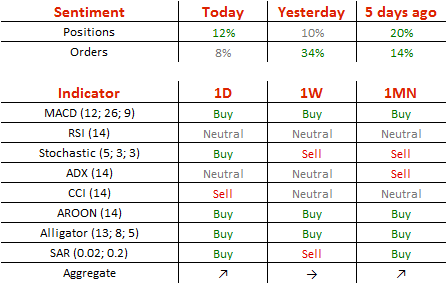