As the price for gold was testing the support zone below the 1,785.00 level, the US Consumer Price Index was released. The worse than forecast US data caused a drop of the value of the USD. Subsequently, the price of gold jumped.

If the yellow metal declines, support could be provided by the 55 and 100-hour SMAs near 1,795.50. However, these levels failed to impact the price throughout this week. Due to that reason, it is a high possibility that the support zone below 1,785.00 could once again be reached. 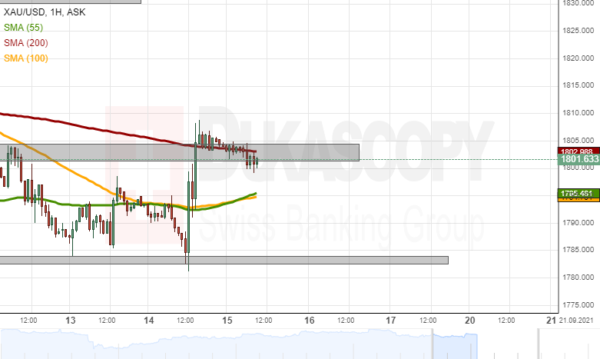