The bulls became more active during the last session and the pair recorded its third consecutive day of gains. The range between 1.1235 and 1.1366 has not been broken through yet, and the market mood remains neutral. The first breach of these zones could turn out to be fake, followed by an impulse in the opposite direction. The picture on the higher time frames remains negative, and in order to change this, the bulls would have to hold the zone at 1.1235 and successfully breach 1.1366. The first support for them is 1.1294, followed by the local area at around 1.1260. If an eventual breach of 1.1366 attracts strong bearish interest and prices fall towards 1.1290, then this pressure can be expected to continue towards 1.1190 and 1.1000 as well. Significant activity can be expected today around the announcement of the initial jobless claims for the United States at 13:30 GMT and the new home sales at 15:00 GMT. The low liquidity around the upcoming holidays may also contribute to the higher volatility. 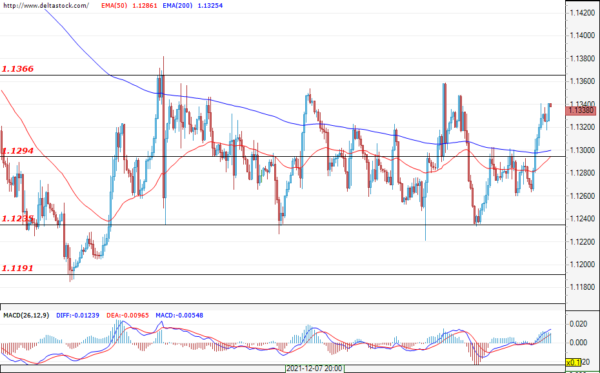 The pair failed to stay above the resistance at 114.19, and in the early hours of today, activity is rather low. It is possible that the bears will renew their pressure around the current levels in order to test the support at around 113.72. An analysis of the higher time frames has revealed that the upward trend is in a long pause and that the market mood is shifting towards its neutral state. If the bulls decide to return to the market, then the first area of ​​interest to them may be the lower zone at around 112.58. 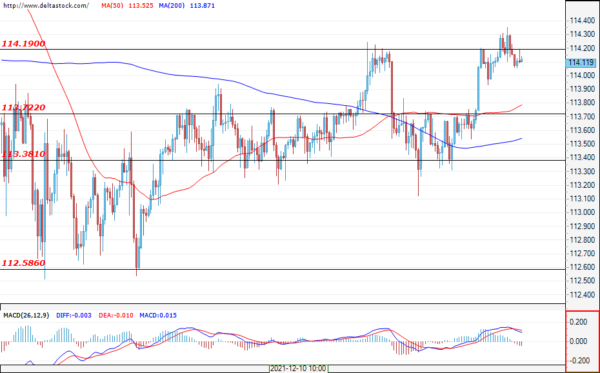 The bulls once again attacked the resistance at 1.3360 and the expectations for further gains are growing stronger. It is possible for the market to correct yesterday’s movement by testing the area at around 1.3270. The formation of a shallow pullback or a narrow range below 1.3360 will be an early indicator of an impending breach and an attack on 1.3425, as well as on the next more significant resistance at around 1.3500. If the breach does not materialise, however, the market is likely to continue to trade without a clear direction between the 1.3180 support and the 1.3360 resistance. 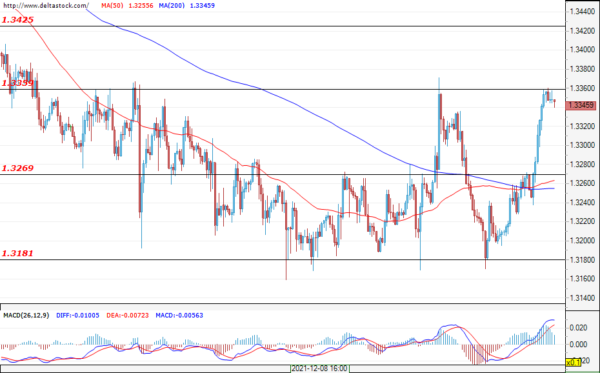