The rally of the pair turned out to be fake as expected and the downtrend resumed from the high at 1.1480. During yesterday’s session, the support at 1.1320 was violated, but has not yet been breached. The lack of buyers around 1.1360 and their low activity around 1.1320 suggests that a new decline towards the support at 1.1280 is possible. The bears could take a break at around 1.1300 and prices could rise again above 1.1360, at which point they could start looking for better market entries or add to their shorts. The key resistance at the moment is 1.1400 and buyers can expect to find support around 1.1280. With a breach of 1.1280, a serious decline towards 1.1000 can still remain on the table. An alternative scenario is for the market to remain choppy in the coming days or at least until the Federal Reserve meeting scheduled for next week as the event could be the necessary catalyst needed to spark new huge moves. 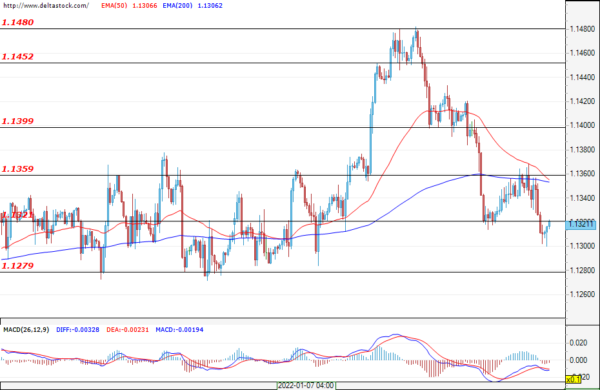 The Ninja is headed for a new test of the support at 113.48. The market is showing signs of divergence and the bottom may end up being aggressively bought. The reaction of the prices around this area will determine whether the market will enter a complex pullback or if the downtrend will continue. Next support zones for the bulls are 113.00 and 112.55. The first resistance for the bulls is 114.20, while a more serious obstacle ahead of them is 115.00. The central banks are expected to have a strong influence on future market developments and a possible failure to cope with inflationary pressures and a loss of confidence in the dollar could quickly bring prices down to 109.00. 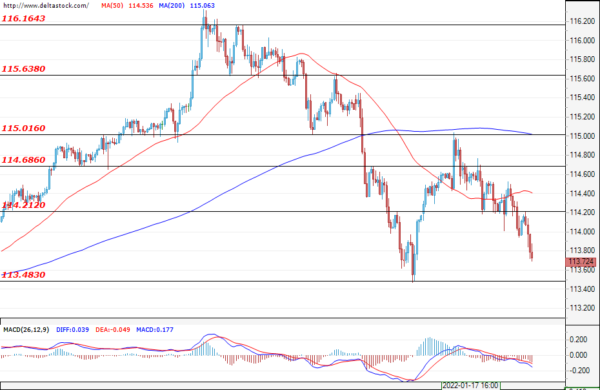 The uptrend for the Cable can now be considered disrupted. The expectations are for a complex correction and possible reversal of the current direction. The main support for the bulls is 1.3570, followed by 1.3480. The first serious resistance is 1.3650, and for market sentiment to change to positive, it will have to be cleared first. 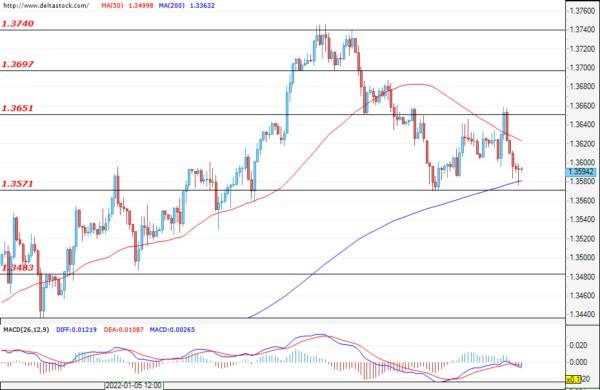 The German index could not hold onto its daily gains and was aggressively dumped at the end of yesterday’s session. Prices are again gravitating around the key support at 15664 and sentiment is highly negative. If the level is breached, then a decline towards 15520, and even 15300, can be expected. The declines after the record peak are still within the limits of a correction and it is thus too early to speak about a main trend reversal. There is a possibility of a downward move reversal, which could happen either from the current levels or from 15520. Seasonally speaking, the last week of January is bullish for indices, but for market optimism to be reignited, the 15660 level would have to withstand the bearish pressure first. In such a scenario, a strong rally, targeting the levels of 15900 and 16070, can be expected. 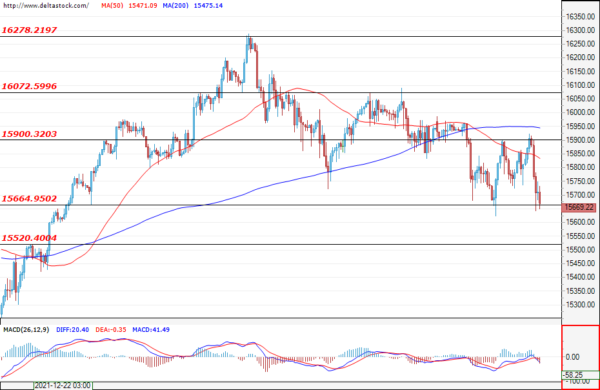 The U.S. blue-chips look like they are in a free fall. Volatility remains high and sentiment is sour. It is possible that the index will be able to form a bottom at around 34550 and go up to test the resistance at 35000. The U.S. markets are still riding the earnings season, and the meeting of the Federal Reserve next week is highly anticipated by investors. Seasonality is in favour of the bulls, and if President Powell manages to calm the markets, then short position covering and a purely mechanical rally with targets at around 35630 and even 35980, can be expected. 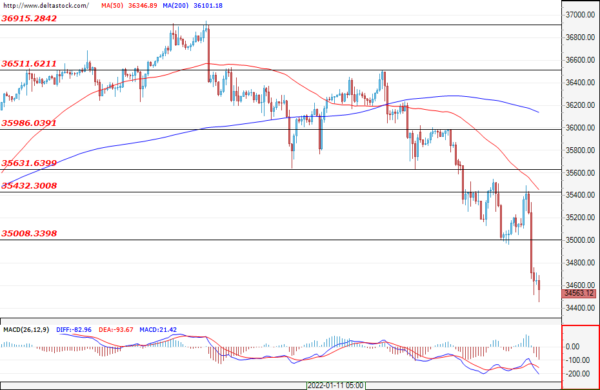