Last week, the pair managed to finish in green territory and broke a streak of five consecutive losing weeks. The bulls managed to test the resistance at around 1.1125 and the response of the bears was not late. In the early hours of today, prices gravitate around the 1.1044 support, however expectations are for a second test of 1.1125. The first support for buyers is the area at around 1.0980 – 1.1000. The area at around 1.0900 is the weekly support and it is expected to hold off a possible bearish pressure. The market is trying to move upwards and the lower time frames already reveal new peaks and successive higher lows. In order for the transition to be completed, however, prices would first need to overcome the barrier at 1.1360. The zone to watch is 1.1125 as it will signal for the development of this scenario. In case the bulls fail their attack, then the correction should continue and the main support will remain in the zone between 1.0900 and 1.0850. 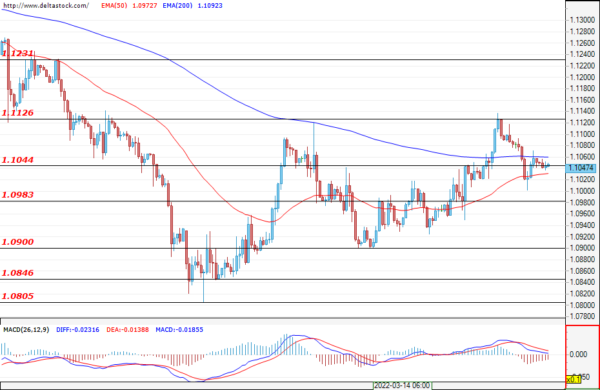 The uptrend for the Ninja remains strong and the market managed to form several supports over the past week. Pullbacks in the trend are shallow and are caused by realised profits rather than the bears entering the market. The support at 118.84 has not yet been tested and confirmed and 118.37 can be noted as the main one, followed by the weekly level of 117.67. If the rally continues, then the next target may be 121.20, but should the market enter a corrective phase, then it is expected to be limited by the support at 117.67. 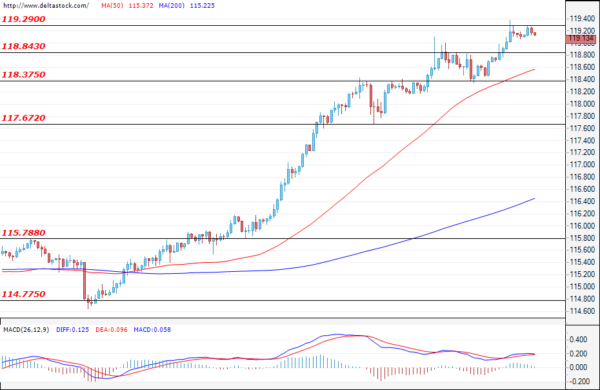 The British pound also performed well last week as the bulls are trying to reverse the downtrend. The market managed to form support at around 1.3100 and it will be the first support for today. The current price structure can be interpreted as an inverted “head and shoulders” figure, which is a formation signalling a trend reversal. A confirmation of this formation would be a breach of 1.3191, followed by corrective movement and a successful test of the figure’s “neck” zone. Upon completion of the formation, a subsequent rally with the potential to reach the resistance at around 1.3400 can be expected. 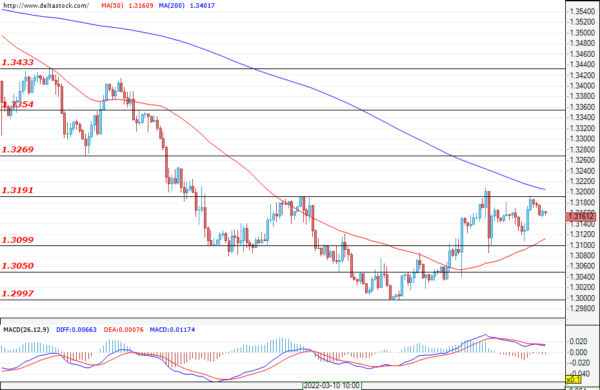 The German index continued its recovery throughout last week and is currently limited by the resistance zone at 14500. There is no significant change in the fundamental factors and the recovery may be purely mechanical. With a new impulse move and a breach of 14500, a test of 14830 can be expected. This zone comes from the higher time frames and has been supporting the market since April 2021. Even if it is reached, however, expectations are for a follow-up aggressive bearish pressure around this level. Their first support for today the bulls can expect at about 14060, while the main weekly one sits at 13570. 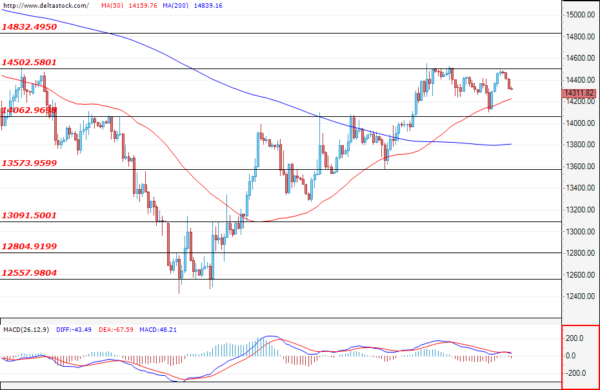 The U.S. blue chips marked a stunning recovery last week. The index managed to overcome the key resistance at 34100 and this should contribute towards improved sentiment. The first local support is 34400 and significant support buyers can expect at around 34100. The market is likely to reverse part of its gains, and given the higher volatility, the cycle may deepen towards 33780. The months of April and May are traditionally favourable for the U.S. markets and so the recovery may still have some fuel left in its tank. With a breach of 34800, the next targets for the bulls could be the levels of 35050 and 35690. 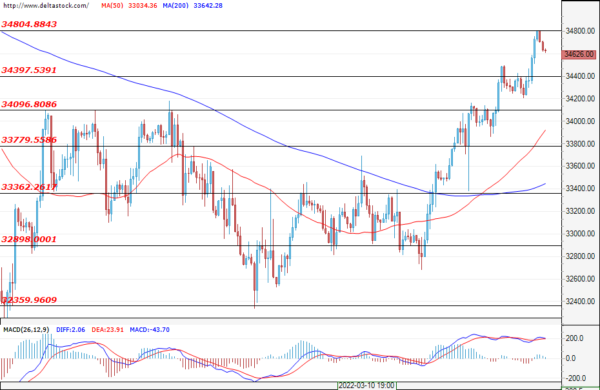