During the last trading session, the currency pair reported a growth after the bulls successfully limited the sell-off at the beginning of the day down to the support level at 1.0983. At the time of writing, the currency pair is just before a test at the 1.1044 resistance zone. A successful breach of the mentioned level could strengthen the positive sentiment – for an attack of the next significant resistance at 1.1126. There is no economic news planned for today that will affect the market participants. 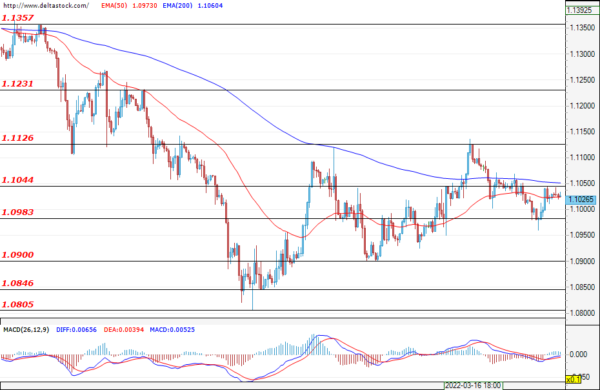 Day after day, the dollar continues to gain ground against the Japanese yen and at the time of writing the analysis, the bulls are just before a test of the resistance zone at 121.70. It is possible to observe a corrective move aimed at the 119.96 support level, but from the larger time frames the sentiment remains positive, especially with a successful breakthrough of the mentioned resistance, which is also a key level for the bulls. 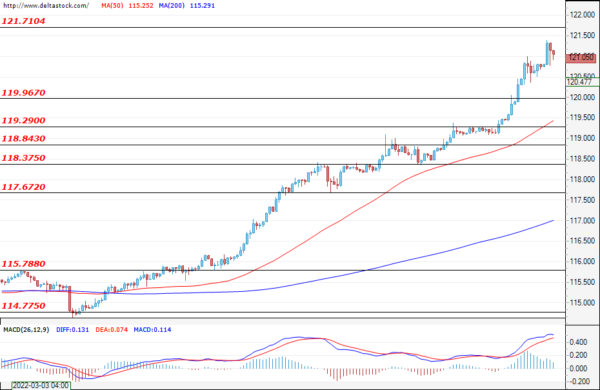 The last trading session was positive for the British pound against the US dollar after we observed a range move between 1.3099 – 1.3191 over the past few days. At the time of writing, the bulls managed to breach the resistance at 1.3269, and the next resistance would be the area around 1.3354. Today, the data on the consumer price index for the UK (07:00 GMT) could affect the volatility of the currency pair. 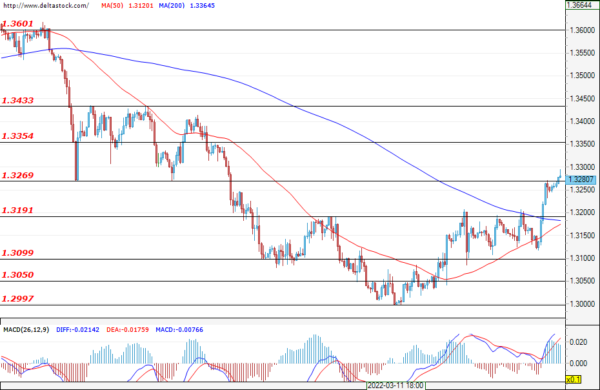 After the German index traded in the narrow range between 14062-14500 in the end of last week, in the early hours of today’s trading session the bulls managed to establish themselves on the market and managed to cross the barrier at the upper boundary of the range – a level that is also the main resistance for buyers. The breakthrough needs a confirmation, but sentiments are positive – for a test of the next resistance level at 14832. 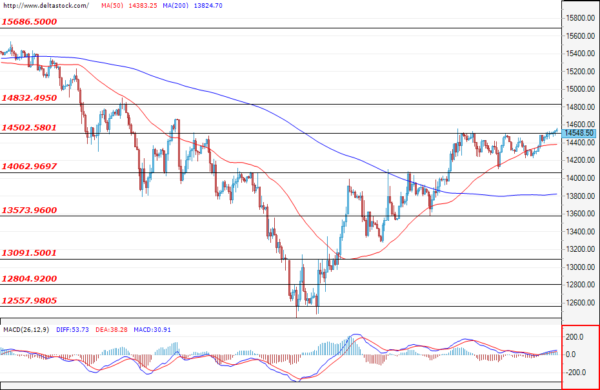 The recovery of the U.S. blue-chip stock index continues, as the bulls managed to gain a foothold in the market and, in the early hours of today’s trading session, managed to breach the resistance at 34800. The sentiment for now is positive, as the most probable scenario for today is for a test of the next significant resistance around 35000. In the downward direction, the main support is the level at 34100. 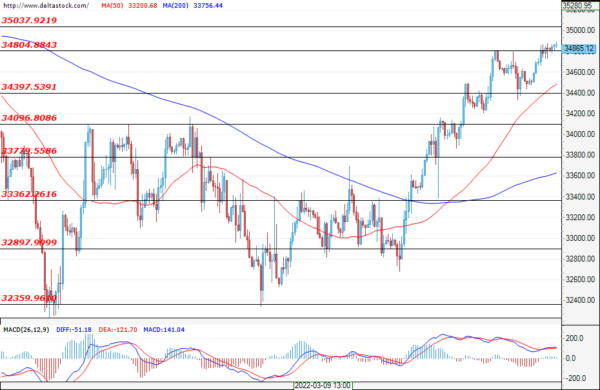