The single European currency managed to overcome and stay above the important resistance at 1.1126. The expectations for today’s session are rather positive – for a move towards the next level of resistance at 1.1230. The alternative and less likely scenario is for the bears to manage to overcome the level of support at 1.1126, which should help them bring the pair towards their next goal at 1.1044. In the absence of new developments around the war in Ukraine, we are unlikely to see more significant movements in the currency pair until the release of the important economic data for the United States – the initial jobless claims data (today; 12:30 GMT) and the unemployment rate and non-farm payrolls reports to be released on Friday. 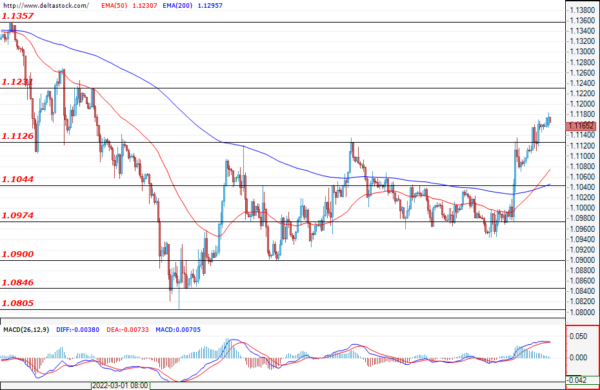 During the last session, there was a consolidating movement of the currency pair between the support level at 121.41 and the resistance level at 122.47. This shows that the corrective phase, in which the pair is currently in, may be coming to an end. A successful breach of 122.47 can be considered a signal that the bulls are regaining control and that the upward trend is resuming. However, if the support at 121.41 is overcome, then this could be considered a deepening of the correction towards the zone at 120.45 and could end the upward trend. 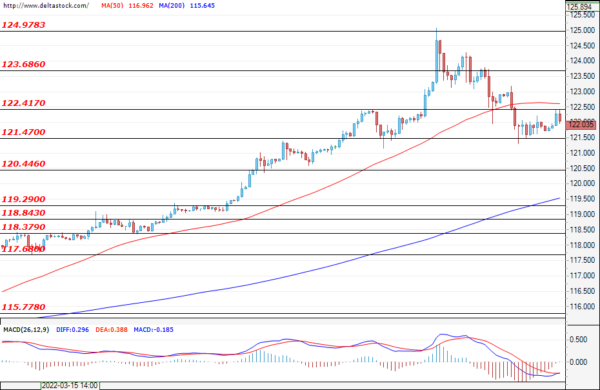 During the last session, the Cable failed to overcome the resistance at 1.3185 and the pair is likely to return to the lower level of the range – the support at 1.3050. A likely signal that the buyers may return to the market would be a new test and a breach of the resistance at 1.3185. If this does not happen and the important supports at 1.3050 and 1.2997 are overcome, then we could observe a deepening of the downward movement towards the next support zone at 1.2854, as seen from the higher time frames. 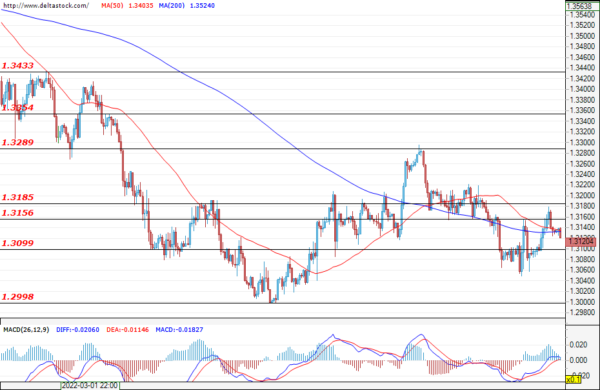 The recovery of the German index during the last session was suspended due to news regarding the disagreement over the payment of natural gas supplies between Russia and the European Union. Despite the negative market sentiment, the support zone at 14555 was unsuccessfully tested twice. This shows that, at least for the moment, the bulls have the necessary resources to withstand the bearish pressure and can direct the price towards the resistance at 14832. An alternative scenario would be a successful breach of the support at 14555, which would nudge the price towards the zone at 14135. 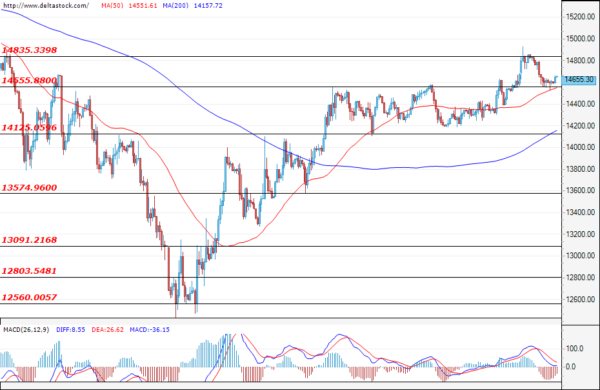 The past trading session was rather calm for the U.S. blue-chip index. Although its upward movement was halted by the resistance at 35326, its price has so far managed to consolidate above the support at 34890. A signal that the bears may return to the market and stay there for a longer period would be the violation of the support at 34343. However, a more likely scenario is for the important resistance at 35326 to be successfully overcome and for the bulls to consolidate their control over the market. 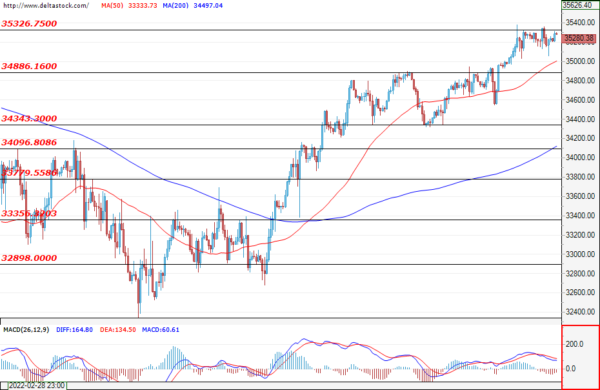