EUR/USD: Running Out of Chart

Things are bad when there is a need to look far into the past to draw support lines. EUR/USD is no exception in that regard. At the time of writing, EUR/USD had touched 1.05856 – its lowest level since April 2017. Pummelled by escalating events related to war in Ukraine, further lockdown fears in China, and expectations of aggressive tightening from the US Federal Reserve, the single currency has fallen by nearly 1.7% so far this week and is heading toward its 4th consecutive week of declines.

Sellers didn’t even blink as EUR/USD slid below the March 2020 low of 1.06361. Now will certainly be eyeing the 1.04, followed by the January 2017 low of 1.034 level as the next area of support. If the latter fails to hold, the next clear support level looks to be at the 1.0195 region, which acted as prior resistance back in July 2002. That said, none of these support levels seem to be places of quick rejection. The price history also feels a bit stale in the current market context. 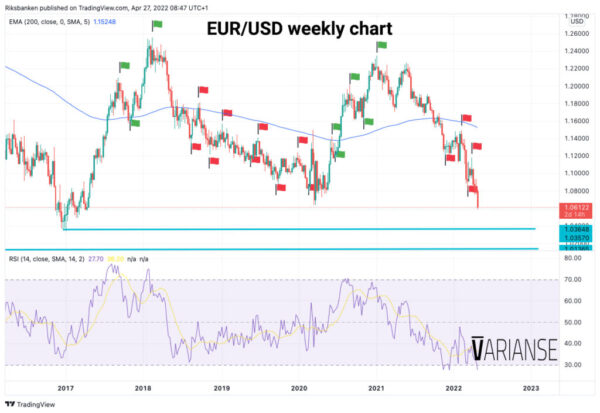 Last week, I highlighted that it would take more than words from the European Central Bank (ECB) to lift EUR/USD. Recent developments suggest that even a quicker end to asset purchases and a clear signal of higher policy rates from the ECB may only have a marginal impact on EUR/USD. Maybe enough to stem further declines, but possibly not to the degree that would for a wholesale revaluation higher in EUR/USD. No action from the ECB, on the other hand, could spell bigger trouble for EUR/USD down the line.

Shifting market sentiment around the EUR/USD won’t be easy. Although the currency has dropped a great deal, the fall has been relatively orderly versus the parabolic decline that might suggest a quick bounce back. Dislodging the current negative market sentiment toward the pair may require price to smash above the last swing high of 1.09364, before buyers are convinced of a bigger move higher. Until then, traders make sure you don’t run out of chart history to reference. 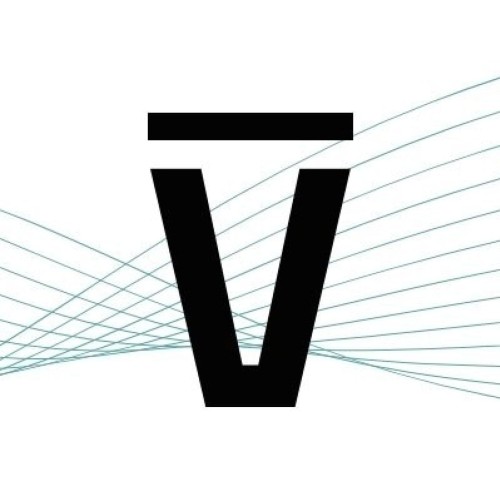 Variansehttps://varianse.com/en/who-we-are/about/why-varianse/
Established in 2015, VARIANSE is an award winning global fintech providing cutting-edge tailored trading services to a wide range of clientele, including novice, professional, and algorithmic traders. Led by a team with more than 20 years’ experience gained from top tier investment banks, brokers, and Silicon Valley technology firms, VARIANSE delivers unparalleled market research, trade support and execution across FX, commodities, indices, and equities markets. VARIANSE, is headquartered in Mayfair, London with operations worldwide, regulated by the FCA in the UK, FSC in Mauritius, and LFSA in Malaysia