The currency pair rallied in the last hours and reached some important resistance levels. Is trading in the green even if the Federal Reserve has decided to keep the Federal Funds Rate steady at 1.25%. The greenback rallied versus all its rivals after the FOMC, the USDX jumped aggressively and now is pressuring the 92.49 static resistance again.

I’ve said in the previous weeks that only an accumulation will signal another broader rebound. The index is still trapped below some important resistance levels. Technically, the index is still expected to turn to the upside and to recover after the immense drop.

The Japanese Yen drops further as the Nikkei extends the current rally. JP225 increased as much as 20413 level and seems motivated to reach new peaks in the upcoming hours.

Price edged higher and erased the morning losses as the USD bulls have stepped in again and have taken the lead. USD/JPY has jumped much above the 38.2% retracement level and have reached the first warning line (wl1) of the ascending pitchfork and the median line (ml) of the minor blue ascending pitchfork.

A breakout through the confluence area formed between the mentioned levels will accelerate the upside momentum, only a rejection will send the rate down again. 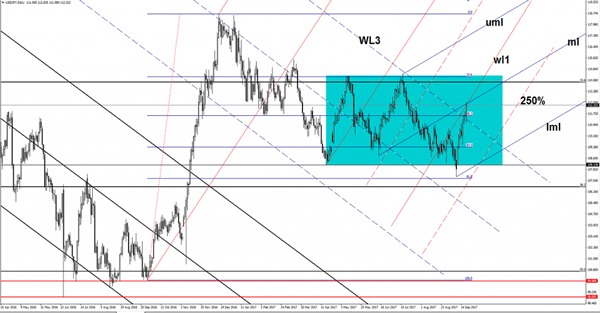