The bullish momentum faded and the euro lost some ground against the dollar during yesterday’s session. The pair tested the support zone at 1.0482, and during the early hours of today`s trading, the EUR/USDis hovering under the mentioned zone. If the bearish attack continues and the breach is confirmed, then we will most likely see a test of the lower target at 1.0440, a violation of which could easily deepen the decline towards the support at 1.0389. If the bulls re-enter the market, then a successful test of the resistance zone at 1.0576 could continue the recovery for the EUR/USD and strengthen the positive expectations for the future path of the currency pair. An increase in market volatility can be expected around the announcement of the data on the Initial Jobless Claims for the U.S. (today; 12:30 GMT). 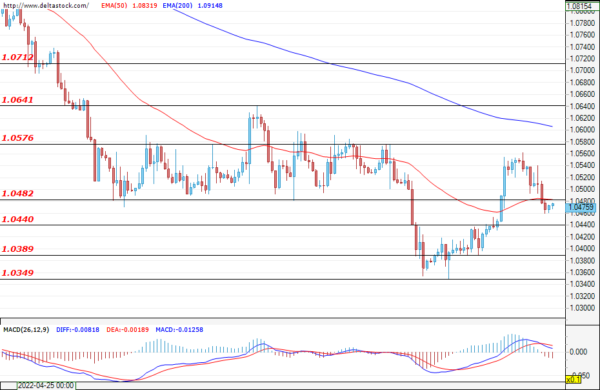 The bulls did not manage to gain enough momentum to successfully violate the resistance zone at 129.59 and the dollar depreciated against the yen. The pair breached the support at 128.70, and at the time of writing the analysis, trading is still limited below the aforementioned level.. If the bears prevail, then the expectations would be for a test of the support zone at 127.48. A successful breach here could easily lead to future losses and a move towards the levels from April at around 127.00. The first target for the bulls is the mentioned zone at 128.70, which is now acting as resistance, followed by the level at 129.59. A violation of the upper target at 130.45 could lead to a change in the current sentiment of the market participants and could incite an attack on the high at 131.22. 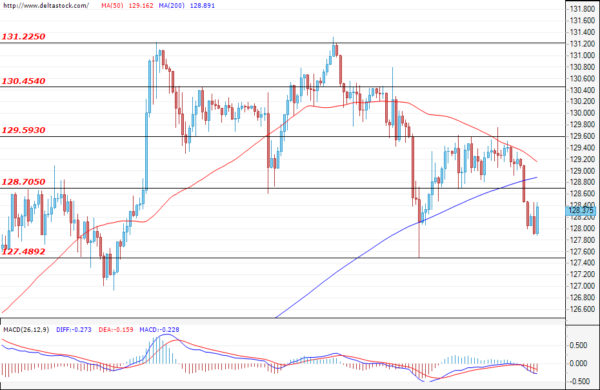 After the unsuccessful attack on the important zone at 1.2464, the sterling erased some of its recent gains against the dollar and the pair is trading below the support level at 1.2397.. If trading remains limited under the aforementioned zone, then the expectations would be for the depreciation of the sterling against the greenback to continue towards 1.2276, a breach of which would make a move towards 1.2172 highly probable.. If the bulls re-enter the market and breach the mentioned zone at 1.2397, then a follow-up breach of the major resistance at 1.2464 could mark the current move as corrective and could easily head the pair for a test of the upper target at 1.2599. 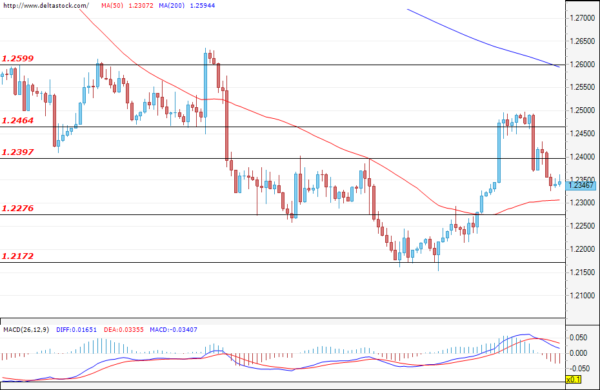 After the rally was limited to around the zone at 14250, the German index underwent a massive sell-off and tested the support at 13870. A confirmation of the breach here could continue the sell-off and could easily head the price for an attack on the next target at 13542. A violation of the lower zone at 13279 could lead to new losses and could strengthen the negative expectations for the future path of the index. The first resistance for the bulls is now the level of 14109, followed by the upper zone at 14307. Keeping in mind the extreme drop from yesterday, however, a corrective movement towards the mentioned resistances is quite likely. 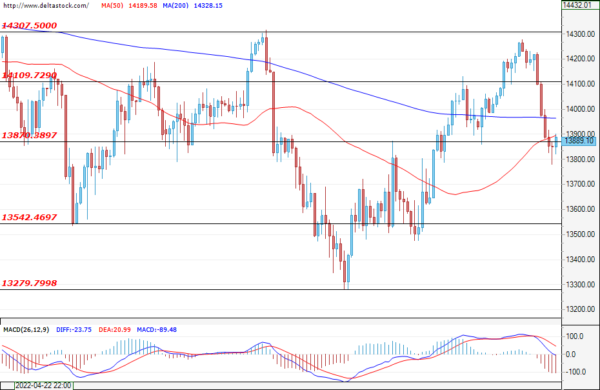 The inflation fears among market participants and the weak earnings of some American companies helped the bears prevail and the index erased most of its recent gains from the previous trading sessions. The drop was limited to the support zone at 31326, and at the time of writing, the price is hovering above the mentioned level. Worse-than-expected data in the U.S. for the Initial Jobless Claims (today; 12:30 GMT) could encourage the sellers to launch another attack on the level at 31326, while a successful breach could easily lead to new losses and could strengthen the negative expectations for the future path of the US30. If the bulls take control, then a breach of the first resistance at 31855, followed by a violation of the upper target at 32188, could continue the recovery and head the price for the important zone at 32707. 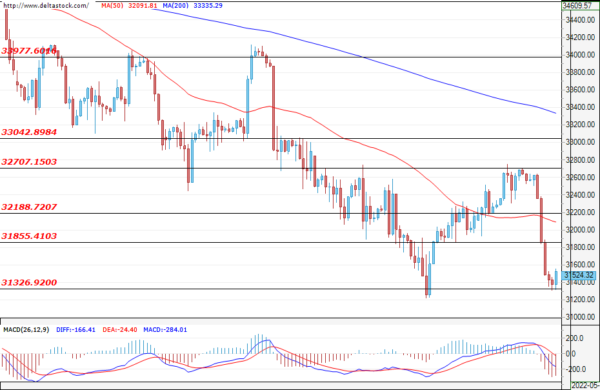