The euro managed to consolidate some of its sharp declines and amassed nearly 200 pips against the dollar last week. On the last trading day, the single European currency failed to maintain its weekly high of 1.0605 and ended the session with a daily correction to 1.0560 at the closing bell. This week, traders’ attention will be focused on the data from managers’ assessment of the German production on Tuesday at 7:30 GMT. The expectations are for rates, lower than last time, and if they are negatively received, then we could see a new attack from the bears on the level of 1.0500. However, if the data inspires the bulls to buy the euro even more, then the resistance at 1.0605 could be easily breached and we could expect to witness new local peaks above it. 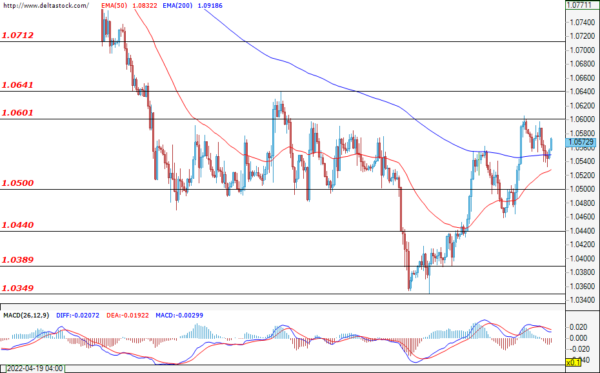 The dollar suffered losses against the yen all week long, but on Friday it managed to stay in a range which did not allow the pair to breach the key level at around 127.55. After a rather hesitant day with weak swing movements, the session ended at around 127.80. Whether the downward trend will continue depends on the statements of Fed governor Jerome Powell, scheduled for Tuesday at 16:20 GMT. If we hear more comments pointing at a further interest rate increase, then the reaction could raise the dollar above 128.10 and continue its monthly uptrend. The opposite scenario, in which the correction deepens below 127.05 in search of a new bottom, should not be ruled out, either. 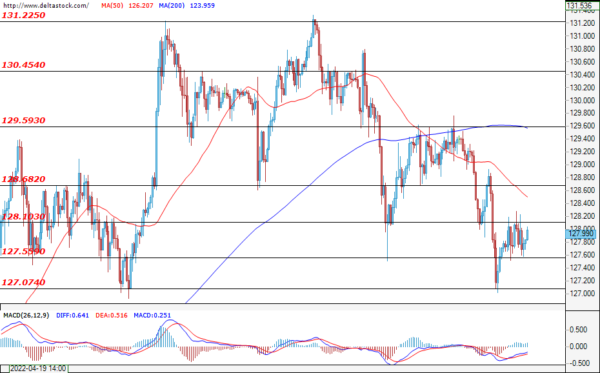 Last week, the pound also managed to accumulate around 200 pips against the dollar, but on the final day failed to maintain its weekly peak of 1.2522 and ended the last trading session within a range that did not allow it to move below 1.2435. As early as Monday, the head of the Bank of England Andrew Bailey will hold a speech at 16:15 GMT, which may set the tone for the price movements throughout the week. Whether his comments on the recession and the even higher inflation will continue and how they will be received by traders remains to be seen. The likelihood of continued growth is significant and prices of 1.2600 could again be reached quickly. Of course, the opposite scenario, in which traders don’t like what they hear and seek a new bottom below last week’s range, should not be ruled out, either. 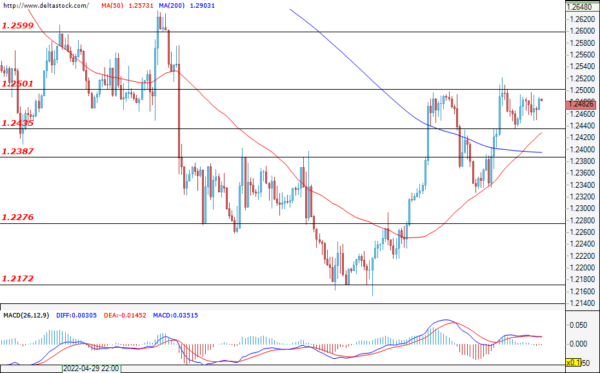 The German index was certainly not lacking in the volatility department over the past week. However, we saw strong upward movements, which were later halved, followed by a second bullish attack, which helped the EUGERMANY40 close at around 14050. The European session helped it rally with 160 points, but the peak was corrected when the U.S. stock market opened. Whether the index has the strength to continue to grow depends on the data for the production evaluation of German managers to be released on Tuesday at 7:30 GMT. If the results are better than expected, then this may motivate the bulls to seek a new peak above 14280, but if the situation in Ukraine and the energy crisis are both holding back any future developments in the rally, then aggressive adjustments below 13870 should not be excluded. 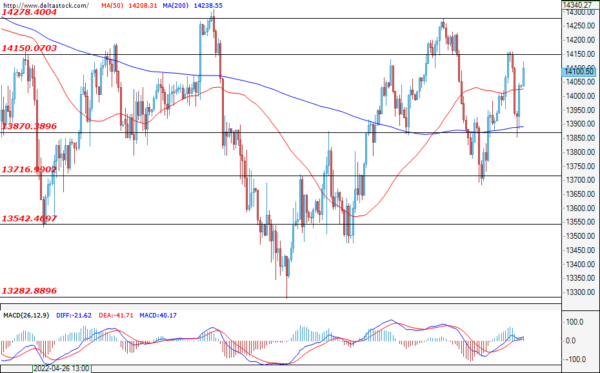 The blue-chip index fell for yet another week due to high inflation in the United States and the more hawkish Fed did not help.. On Friday, the session was quite volatile, characterised by a strong bearish attack that resulted in a new weekly low of 30635, where traders found good prices to enter the market. The session ended with an increase to about 31250 – a key level from last week. The direction of the price trend for the index is expected to become clear after a set of statements and data that include the FOMC meeting on Wednesday and a preliminary census of the U.S. GDP on Thursday. The downward trend has so far remained strong, but movements towards the levels at 32750, where the bears would seek to once more enter the market, are not to be excluded. 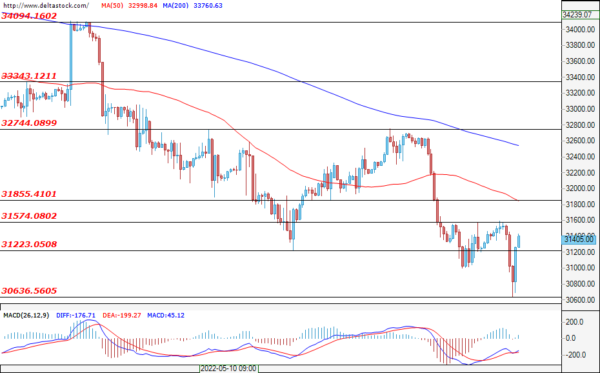