The dollar index dipped to new one-month low in early Friday, with fresh weakness signaling continuation of the downtrend from 105.04 peak (20-year high, posted on May 13), after bears were paused for consolidation in past three days.

The greenback remains deflated as traders lowered their expectations for aggressive Fed’s action in coming months, on signals that the US central bank may slow or even pause its policy tightening cycle in the next meetings.

Dissonant tones from some FOMC members on initial hawkish stance and weak economic data, add to the notion.

The index is on track for the second consecutive strong weekly loss, but bears face headwinds from important support at 101.38 (50% of 97.72/105.04 upleg, reinforced by weekly Tenkan-sen) that may further delay bearish continuation. 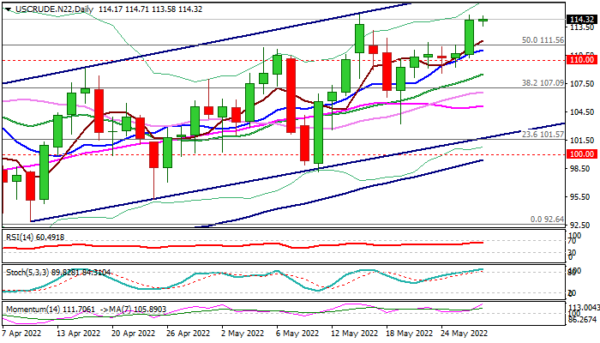