Neither the bears, nor the bulls managed to gain enough momentum and the EUR/USD remained locked in the zone between 0.9960 – 1.0025. The market sentiment remains negative – for a depreciation of the single European currency against the greenback, but only a confirmed breach of the critical support at 0.9960 could deepen the sell-off and head the pair towards a test of the next significant support at 0.9877. However, before a potential resumption of the downtrend is to occur, we may first witness an appreciation of the euro towards the resistance at 1.0070 – a level that may present the sellers with an opportunity to enter the market at better levels than the current ones. In case the resistance at 1.0070 is breached, then the corrective move may deepen and the pair could head towards the next key resistance at 1.0100. Today, an increase in activity can be expected around the announcement of the CPI data for the euro area at 09:00 GMT. 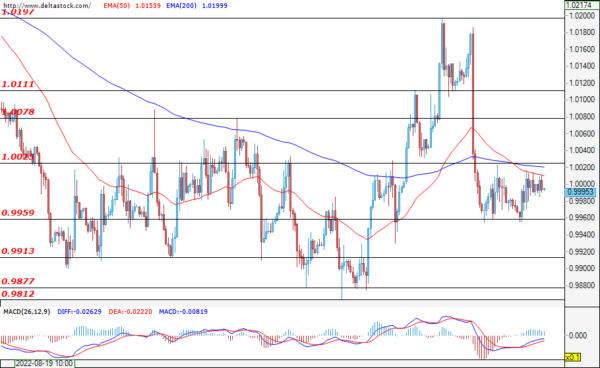 The consolidating movement of the currency pair between the support at 142.68 and the resistance at 143.50 continued during the past trading session and the beginning of the new one. The bulls are currently in control of the market and a successful breach of the 144.93 level would likely not surprise anyone. Conversely, if the support at 142.68 is breached instead, then this would pave the way for the bears to reach the next zone at 141.64, where the bulls should intervene and fight them off. 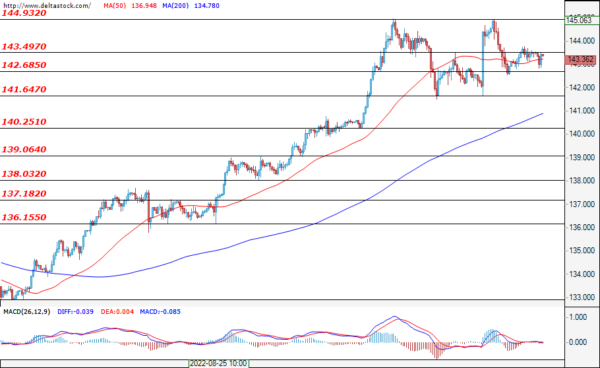 The past trading session was rather calm, and at least for now, the currency pair is managing to remain above the support at 1.1450. We may see a range move and a retracement towards the resistance at 1.1600. However, the bears seem to have permanently settled in the market, and so if the level at 1.1450 does not hold, then the next support at 1.1400 would likely be easily reached as well. A signal that the bulls may return to the market for a longer time period would be a breach of the psychological resistance at 1.1600. 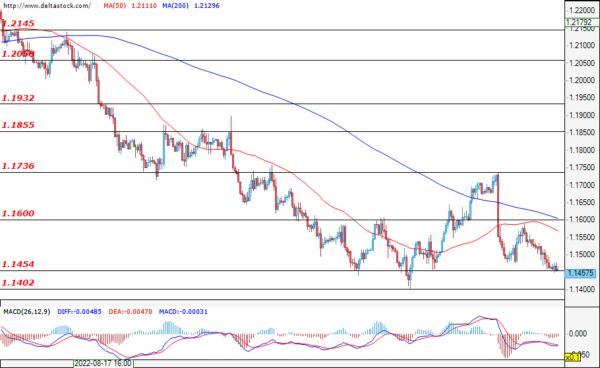 The negative expectations for a continuation of the downward movement that began in the beginning of the week have only strengthened, as yesterday the bears successfully breached the support at 12979. The forecasts for today’s trading session are for the sell-offs to continue and for the critical support at 12717 to likely be considered as the next target for the sellers. In the last trading day of the week, it is highly possible for the sellers to retain their profits, generated by the short positions taken in the beginning of week, which action will most likely hold the price of the index in the interval of 12979 – 12717, before a potential deepening of the sell-offs. There is not any major economic news expected to be announced today, thus volatility may remain low, not providing the necessary stimulus to the sellers to lead the price below the support at 12717. In case of a successful violation of the mentioned support, then we may expect a further deepening of the sell-offs and a depreciation towards the level at 12600. In an alternative scenario, in which the bulls manage to limit the decline and bounce the price back above the resistance at 13000, their next target would be the follow-up resistance zone at around 13190. 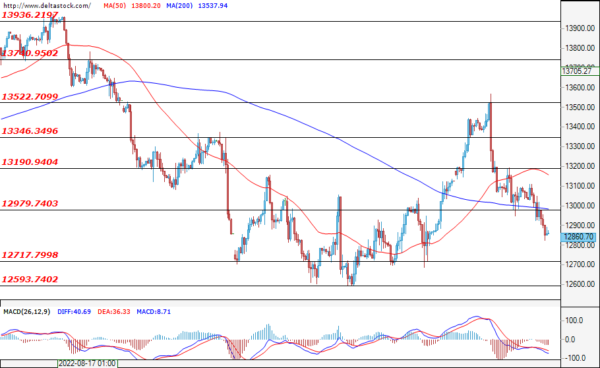 In the early hours of today’s trading session, the bears prevailed and successfully breached the support at 30975, which may suggest the end of the short consolidation that began in the beginning of the week after the significant losses from Monday. Thus, the violation of this support may be considered as a confirmation signal for the continuation of the downtrend. Therefore, the forecasts for today’s session are for the sell-offs to continue heading the price towards a test of the critical support at 36000, as current market sentiment remains negative – for a further depreciation of the index. However, if the bulls prevail and manage to return the price above 30975, then we may expect a further correction towards the resistance at 31630, and if this scenario is realised, then the sellers would most probably take advantage of the situation to enter the market at better levels. 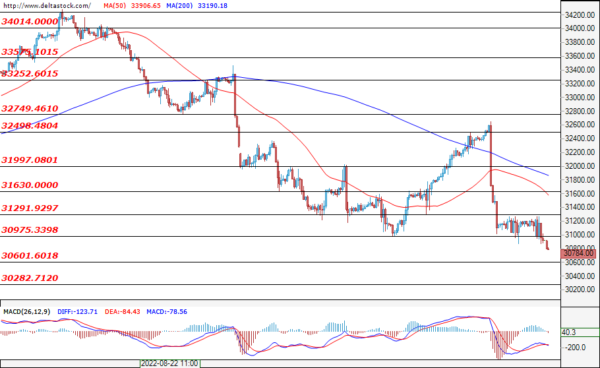