Over the past week, we saw highly volatile movements within the single European currency. The market reached a high of 1.0197, but was later affected by a sharp correction that took the pair down towards the levels at around 0.9950. There, we saw repeated attempts by the bulls to break through the resistances at around 1.0000, but with no success. The attempts of the bears to breach the bottom below 0.9950 were also fruitless. This week, we expect streams of important events that could lead to even greater volatility. On Wednesday, we will await the decision of the U.S. Federal Reserve on its main interest rate and the follow-up market reaction to the expected increase by another 0.75%. Then, on Friday, we will follow the EU managers’ estimates on manufacturing and services. Today, however, there are no scheduled events that are expected to move the EUR/USD in any fundamental way. Whether the pressure will continue and whether the level at 0.9950 will be breached remains to be seen later this week. However, a possible negative reaction to the dollar should not be ruled out as well. 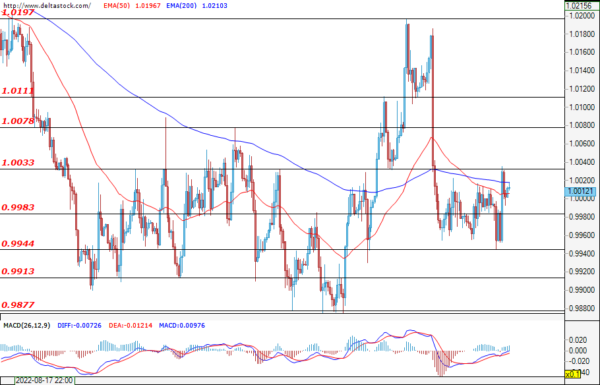 On Wednesday last week, the Ninja’s attempt to breach its previous high of 144.93 failed, and by the end of the week, the currency pair was locked in a narrow range between 143.60 and 142.60. The dollar is calling the shots so far, so the most important data in the coming days will be the Fed’s decision to raise the key interest rate in the U.S. by another 0.75% on Wednesday. Usually, the reaction is positive for the dollar and we will likely see an extension of the rally against the yen that has not stopped since the beginning of the year, but divergences in Fed expectations could shake the dollar and result in a deeper correction than the one we witnessed just a few trading sessions ago. Let’s also not forget the interest rate decision from Japan’s BoJ, which is expected this Thursday. No changes in the policy of the Japanese central bank are expected, but surprises here should not be ruled out still. Today is an official non-working day in Japan, so support for the currency is expected to be weak. 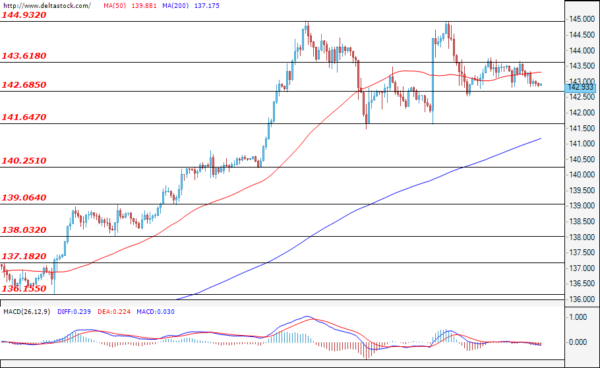 The Cable continued its downtrend from last week. After seeing a weekly high of 1.1736 on Tuesday, it looks like the bears have found good entry points as they took full control over the pair right until the end of the week. A few hours before the end of the last trading session for the week, we saw a new bottom at 1.1348. There, the pair stabilised and managed to end the session at about 80 pips higher than the local bottom. This week, on Thursday, the Bank of England will also announce its main interest rate decision, but not before the Fed’s decision on Wednesday. The BoE is expected to raise its rate by 0.50%. Rumours of both a larger and a smaller interest rate hike are both present, so the reaction to the data should be closely monitored. The downtrend is strong, but a potential interest rate hike could stabilise the currency pair and we could see sharp upward corrections. 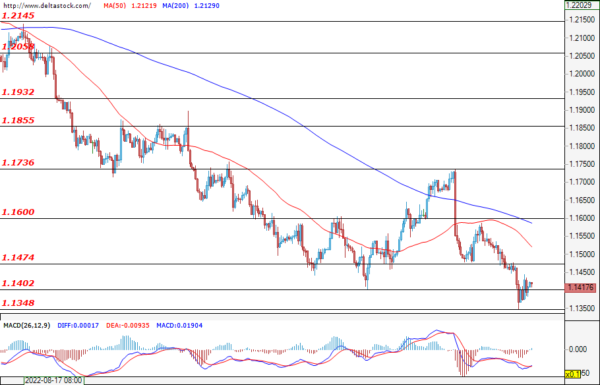 Last week, the EUGERMANY40 got off to a decent start by reaching a high of 13567, but as with the other instruments mentioned in today’s analysis, the downward corrections did not wait. We saw a sharp decline and a consolidation at around 13000, but the key level did not hold and another bear attack followed, which found its bottom at 12690. The German index therefore failed to reach a new bottom and did not confirm its downtrend. Important to its direction this week will be the German managers’ assessment of manufacturing, which we will see on Friday at 07:30 GMT. We also see a high correlation with the U.S. indices which, in turn, are expected to be affected by the U.S. interest rate decision on Wednesday. 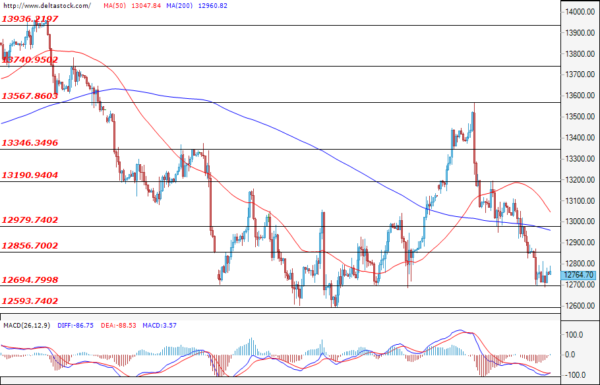 The blue-chip index also started last week with some recent gains and reached the key level of 32500. However, what followed was one of the most aggressive bear attacks in the last quarter. The declines in some shares were so big that trading on the exchange was halted for a couple of minutes. .A consolidation followed, which lasted for almost three days. However, this was followed up by yet another bear attack that resulted in a new low of 30542. The downward pressure is high due to expectations this week that the Fed will raise its main rate on Wednesday at 12:30 GMT) by another 0.75 basis points, or up to 3.25%. Much of this decision is already baked into the market, but if we see a surprising decision from the Fed, then the market’s reaction could also be unexpected. While the probability of the trend to continue its decline is high, aggressive and tempting upward corrections should not be ruled out as well. 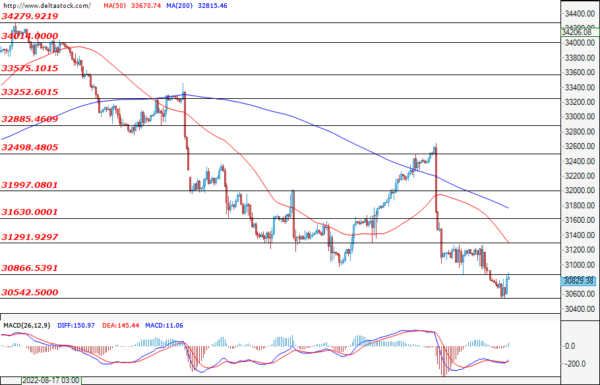