The Euro returns to red on Friday and extends below 0.98 handle, to hit new 20-year low after bears paused previous day, due to Japan’s intervention in FX market to support yen that temporarily deflated the dollar.

Strong dollar and darkened economic outlook for the Eurozone weigh on the single currency, along with signals that the Fed remains on track for further large rate hikes.

Today’s key events will be releases of PMI figures from Germany and EU, with forecasts showing lower levels in September compared to previous month in both sectors and the numbers remaining well below 50 threshold which divides growth from contraction that adds to Euro’s negative near-term outlook 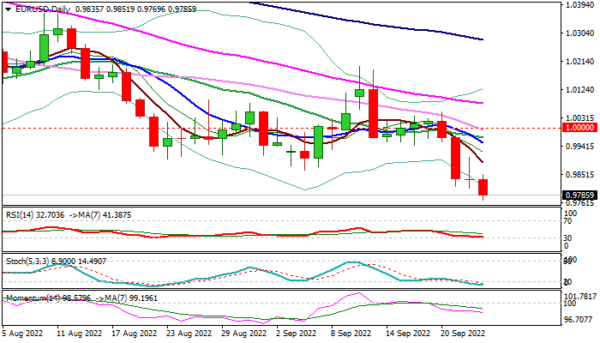