We talked about the situation on the DXY index a little more than two weeks ago. Apparently, its internal structure shows the completion of the global corrective trend, which took the form of a triple zigzag consisting of five main cycle waves w-x-y-x-z.

It is possible that the market has now begun the formation of the initial part of a new bearish trend.

It is assumed that the bears are starting to build the first impulse sub-wave of the potential standard zigzag Ⓐ-Ⓑ-Ⓒ. The end of the impulse Ⓐ is possible at a minimum of 107.67, which is marked by a minuette fourth correction. 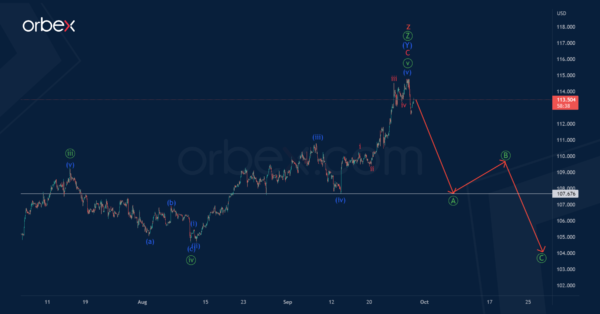 However, another option is also possible, in which the formation of a cycle triple zigzag is not yet fully completed.

Most likely, at the level of 104.60, the bearish cycle wave x was completed, which took the form of a standard zigzag Ⓐ-Ⓑ-Ⓒ of the primary degree. After that, an upward impulse price movement in the wave z began.

The wave z may take the form of a zigzag Ⓐ-Ⓑ-Ⓒ, where the first impulse and correction are already completed.

The entire wave z may complete its pattern near 119.56. At that level, it will be at the 76.4% Fibonacci extension of wave y. 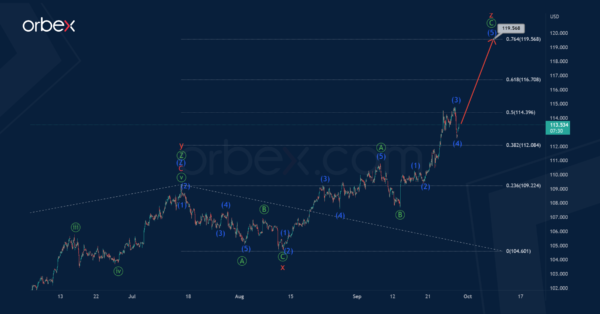