Action Forex
HomeContributorsTechnical AnalysisUSD/CHF: Is there Enough Gas in the Bears' Tank to Continue the...

USD/CHF: Is there Enough Gas in the Bears’ Tank to Continue the Correction Trend?

On the 1H timeframe for the USDCHF pair, we see the final part of the proposed large double zigzag consisting of cycle sub-waves w-x-y. This pattern looks fully completed.

Perhaps the price decline in the cycle wave y, which is the primary standard zigzag, has recently come to an end. Currently, there is a development of the initial part of a new corrective trend.

It is assumed that a standard 3-wave zigzag Ⓐ-Ⓑ-Ⓒ of the primary degree is under construction.

It is likely that the first two sub-waves Ⓐ-Ⓑ are completed, so an increase in impulse Ⓒ is expected, as shown in the chart, to 1.0096. 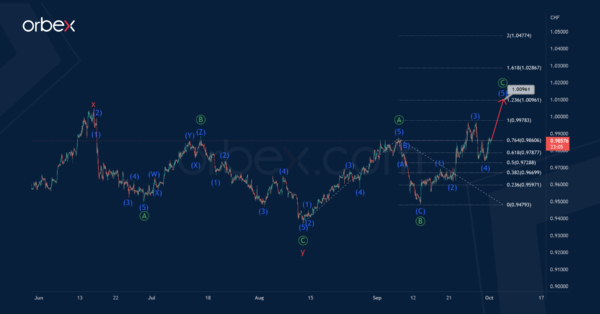 Alternatively, the cycle pattern may take a more complex form, that is, a triple zigzag w-x-y-x-z.

Thus, if this option is confirmed, we will see a decrease in the price and the construction of the final sub-wave z.

It is possible that wave z will tend to equality with the previous actionary wave y, and therefore its end is possible near 0.928. 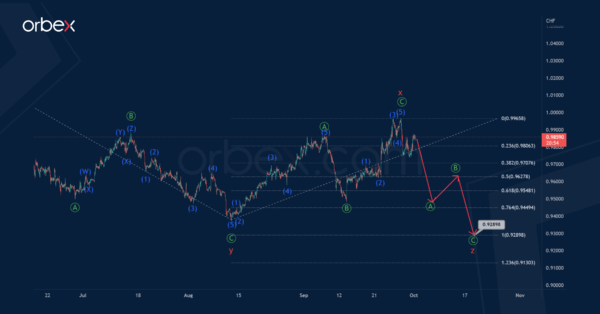