DXY: Bears Continue to Push the Market Down

Apparently, the internal structure of the DXY index shows the completion of the global corrective trend, which took the form of a triple zigzag consisting of five main cycle waves w-x-y-x-z.

It is possible that the market has now begun the formation of the initial part of a new bearish trend.

It is assumed that bears form a zigzag pattern. The impulse and correction have already been completed. In the near future, the price is expected to continue falling in the primary impulse wave. Its end is expected to reach 108.13. At that level, it will be at 123.6% of first impulse wave.

Another option is also allowed, in which the formation of a cycle triple zigzag is not yet fully completed. 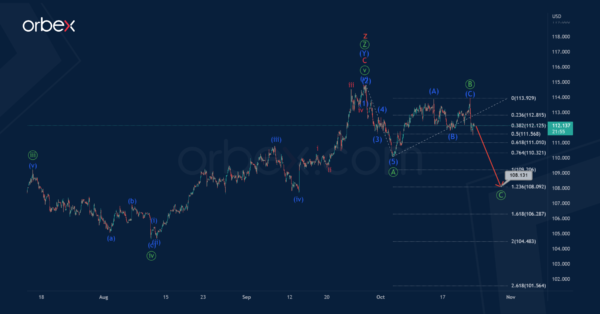 Most likely, at the level of 104.64, the bearish cycle wave x was completed, which took the form of a standard zigzag of the primary degree. After that, an upward impulse price movement in the wave z began.

The wave z may take the form of a zigzag, where the first impulse and correction are already completed.

The entire wave z may complete its pattern near 119.61. At that level, it will be at the 76.4% Fibonacci extension of wave y. 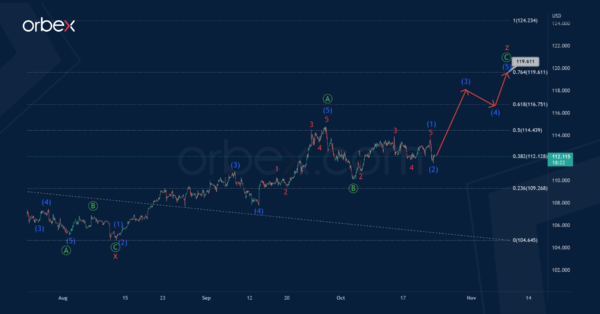