The current chart shows the marking of the second intervening wave x, which may soon be completed, taking the form of a double zigzag of the primary degree Ⓦ-Ⓧ-Ⓨ.

The bullish wave Ⓨ consists of intermediate waves (W)-(X)-(Y), where the last sub-wave (Y) has not yet been completed. 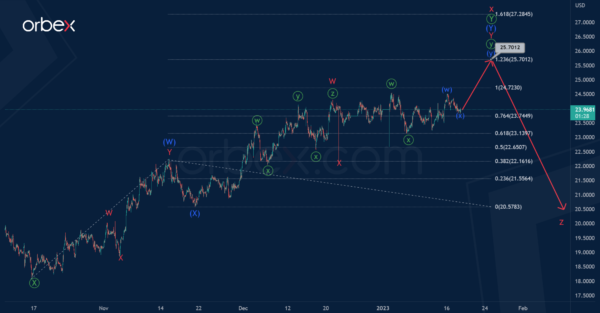 According to the alternative, the formation of the cycle intervening wave X can already be fully completed.

Its last actionary wave [Y] also looks like a double zigzag (W)-(X)-(Y). The minute sub-waves ⓦ and ⓨ are completed at the same level.

Thus, in the last section we see the initial part of a new bearish wave z of the cycle degree.

If this option is confirmed, market participants may expect a price drop to a minimum of 20.579, and then even lower. 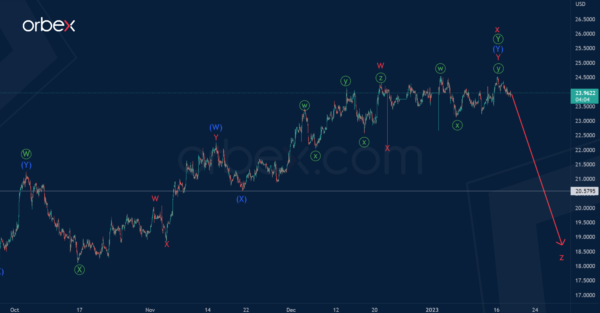