Due to interest rate hike by the Federal Reserve, the currency exchange rate got a downside momentum, which lasted until the pair reached the last combined support level formed by the weekly S1 and the 50% Fibonacci retracement level at 112.45. A successful recovery of the buck looks unlikely, as the rate will need to cross a combination of the weekly PP, the 200-hour SMA and another 50% retracement level near the 113.00 mark. In addition to that, the northern side is strengthened by the falling 55- and 100-hour SMAs. From the opposite direction, the pair, in contrast, faces no notable support levels up until the 112.10 mark. In support of this assumption, majority in pending orders in 100-pip range are set to sell. 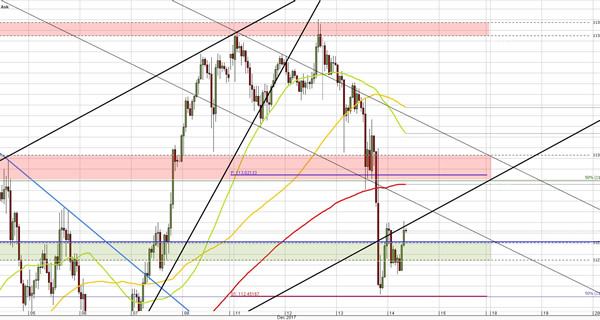