‘What Trump does is beyond our expectations and people are kind of playing it safe by holding gold positions and waiting to see what happens in other markets.’ – Yuichi Ikemizu, Standard Bank (based on Reuters)

After reaching the 1,215 mark during Tuesday’s trading session, the yellow metal began a retreat, which continued to last into Wednesday’s trading. From a technical perspective, the yellow metal has no support until the level of 1,196.86 on the daily chart. Due to that and the fact that it previously attempted to break through the weekly R1 at 1,213.16 more than once before the retreat, it can be assumed that the bullion is set to lose value by the end of the day, in the process retreating to the weekly PP.

Traders have become slightly bullish, as 52% of trader open positions are long on Wednesday. Meanwhile, 63% of trader set up orders are to buy the metal. 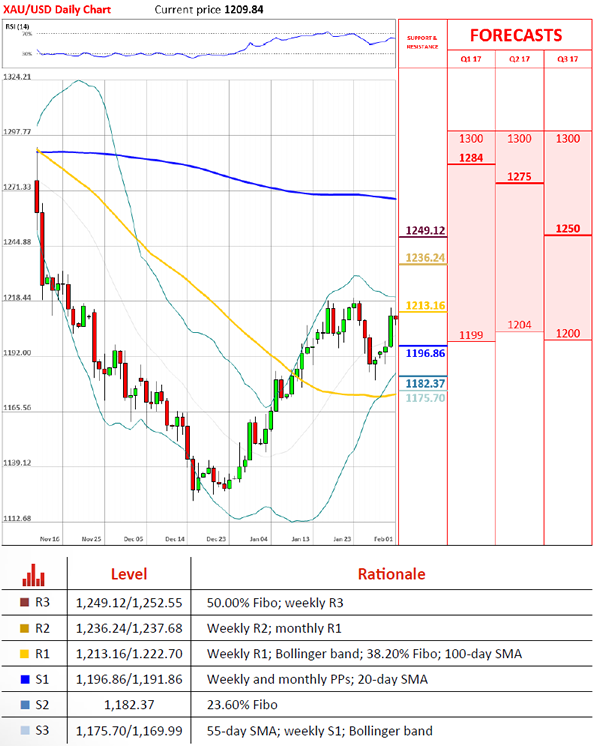 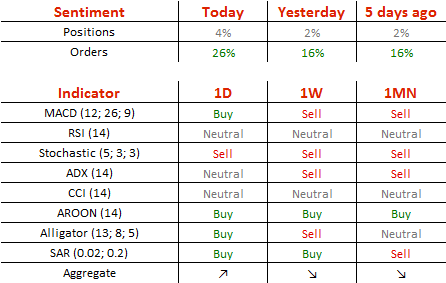