‘Gold traded in a fairly tight range today, taking its cues largely from swings in the volatile dollar against yen.’ – Alex Thorndike, MKS PAMP Group (based on Reuters)

During the early hours of Friday’s trading session the yellow metal remained near the 1,215 mark, as it struggled to find support after the previous fall. Although the bullion traded above the weekly R1, which is located at 1,213.16, it could be easily seen that the level of significance was rather ignored by the metal, as it had reached below it. Actually the commodity price did not fall, because it encountered the lower trend line of a medium term ascending channel. Due to this factor and the general upwards aimed trend, it is likely that the bullion will rally and attempt to break the resistance cluster near the 1,220 level.

Traders have become neutral bearish on the metal, as 51% of open positions are short on Friday. Meanwhile, 63% of trader set up orders are to buy the bullion. 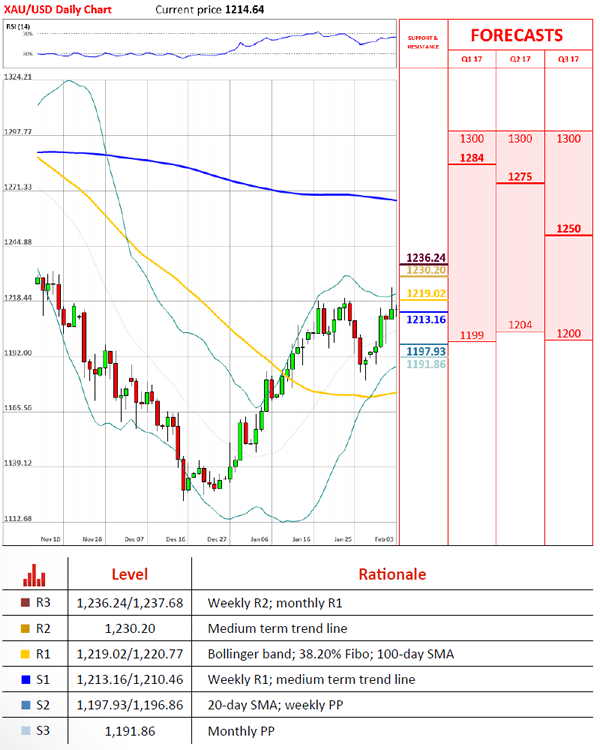 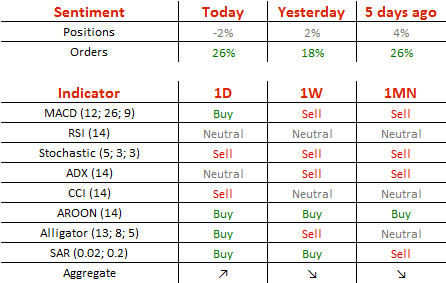