On Monday morning the common European currency fluctuated rather flat against the US Dollar below the 1.06 level. It could be observed that the fall of the currency exchange rate is likely going to extend itself into a fourth consecutive trading session. The reason for that is the fact that the closest support to the currency exchange rate was a cluster near the 1.0550 mark, where the lower Bollinger band, weekly S1 and a long term trend line are located at. It can be expected that the pair reaches this cluster first, before rebounding.

SWFX traders still remain almost neutral, as 51% of open positions are long on Monday. Meanwhile, 54% of trader set up orders are to sell the Euro. 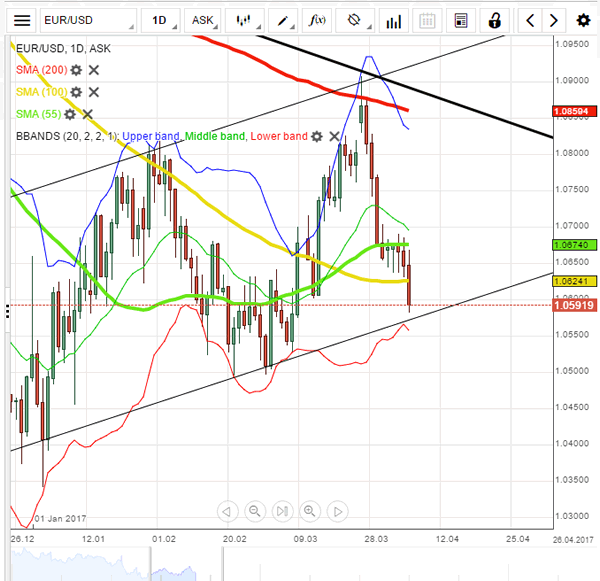 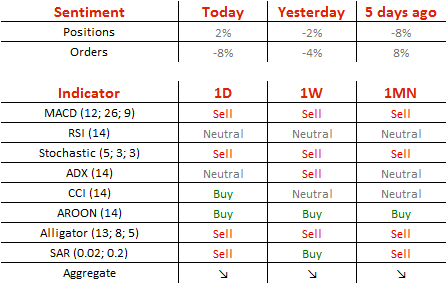