Thursday’s trading session did not introduce massive changes to the direction of EUR/USD. The pair tried to move past the 1.1840 mark but was nevertheless pressured lower by the 55-hour SMA.

As apparent on the chart, the Euro diminished its trading range against the US Dollar yesterday, thus being stranded between the aforementioned SMA and a short-term trend-line.

It is expected that the former is surpassed today, thus paving the way for further surge up to the 100– and 200-hour moving averages at 1.1770. Technical indicators on the 4H and 1D time-frames suggest that this appreciation should continue during the following week, as well. 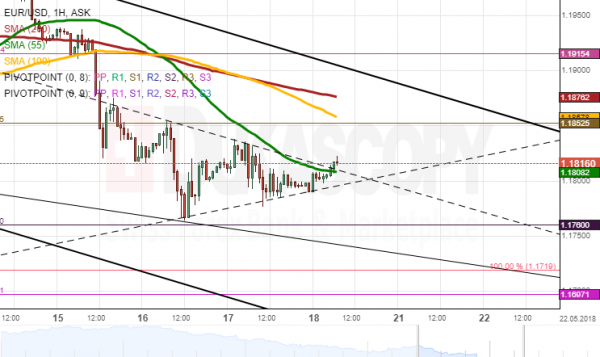