Gold’s strong rally since last week firstly suggests resumption of rebound from 1266.26. More importantly, it argues that corrective fall from 1346.71 has completed at 1266.26 already. Further rise is now in favor back to retest 1346.71 first. 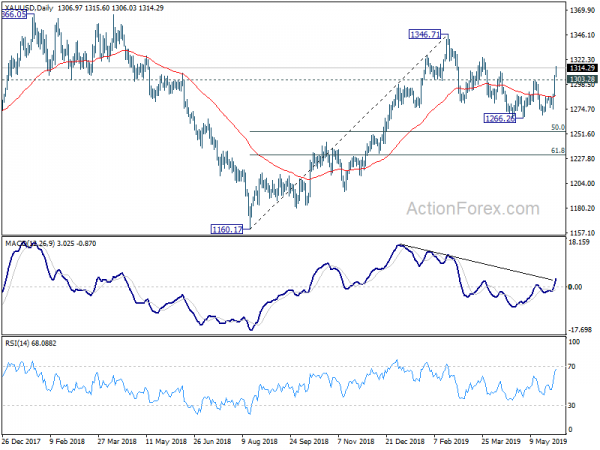 The strong support from 55 week EMA is taken as a rather bullish signal. It’s also raising the change that gold would finally overcome long term fibonacci resistance of 38.2% retracement of 1920.70 (2011 high) to 1046.37 (2015 low) at 1380.36. If that happens, it could also markets bearish reversal in Dollar for medium term term. But of course, gold has to take out above mentioned 1346.71 near term resistance first. Let’s see how it goes. 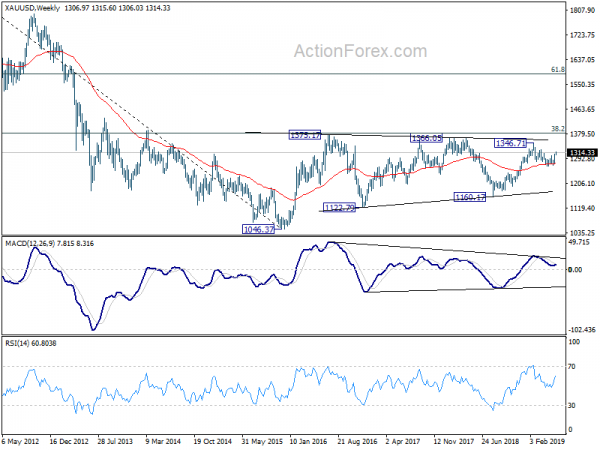 Week Ahead: Hot Summer Days Cooling Down the Markets

Not Enough Demand For US 30y Bond. USD, US Yields Higher. Markets Mixed