ZEW President Achim Wambach: “At first glance, the renewed substantial increase of the ZEW Indicator of Economic Sentiment may seem surprising. It rests on the hope that German exports and private consumption will develop better than previously thought. This hope results from a higher than expected German foreign trade surplus in October, alongside relatively robust economic growth in the EU in the third quarter and a stable German labour market. The rather unfavourable figures for industrial production and incoming orders for October, however, show that the economy is still quite fragile.” 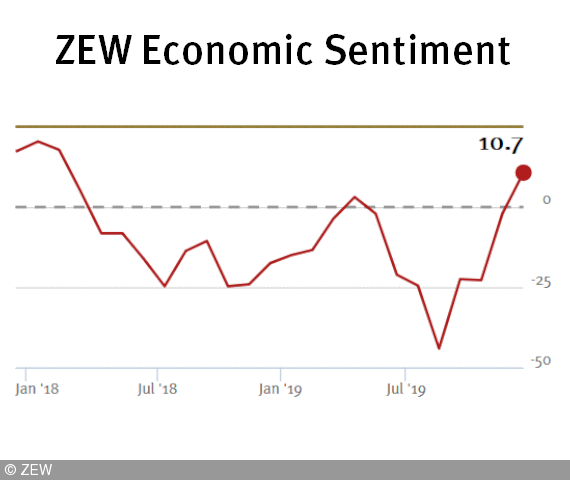