“The continued strong increase of the ZEW Indicator of Economic Sentiment is mainly due to the recent settlement of the trade dispute between the USA and China. This gives rise to the hope that the trade dispute’s negative effects on the German economy will be less pronounced than previously thought. In addition, the German economy developed slightly better than expected in the previous year. Although the outlook has improved, growth is still expected to remain below average.,” comments ZEW President Achim Wambach. 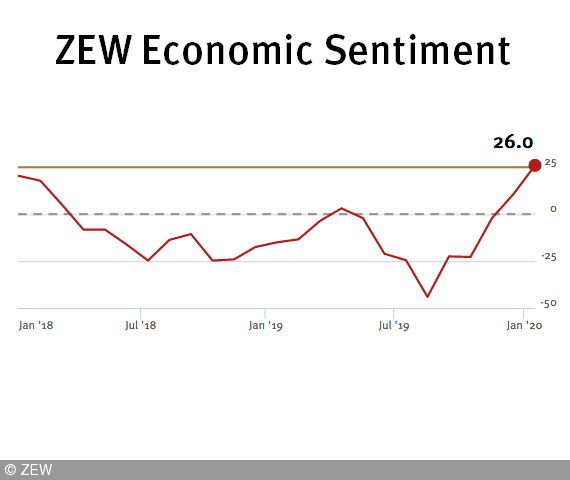