Swiss KOF Economic Barometer dropped to 92.9 in March, down from 101.8. KOF said, “the Swiss economy can be expected to see a marked decline in growth rates in the near future. This plunge of the Barometer reflects the first economic consequences of the accelerated spread of the Coronavirus.”

The reading was “about as low as after the minimum exchange rate for the Swiss franc was abandoned in January 2015”. nevertheless, “its troughs at the time of the economic crisis in 2008/9 were still significantly lower”. 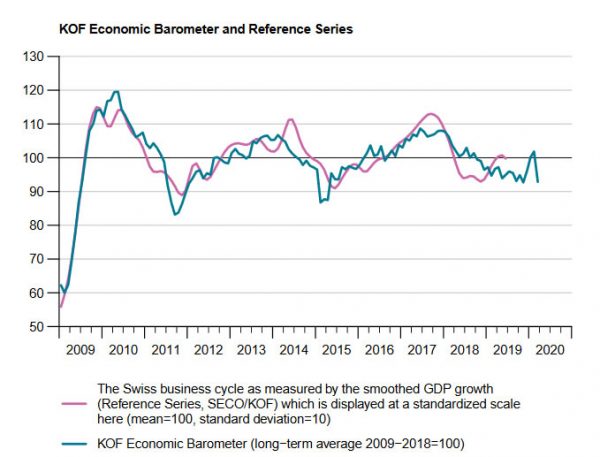