StatCAN said that about 40% of retailers closed their doors during March. The average length of shutdowns was five business days. In the clothing and clothing accessories stores subsector, 91% of retailers were closed in March for an average of 13 days. Sales were down in 6 of 11 subsectors, representing 39.2% of retail trade. 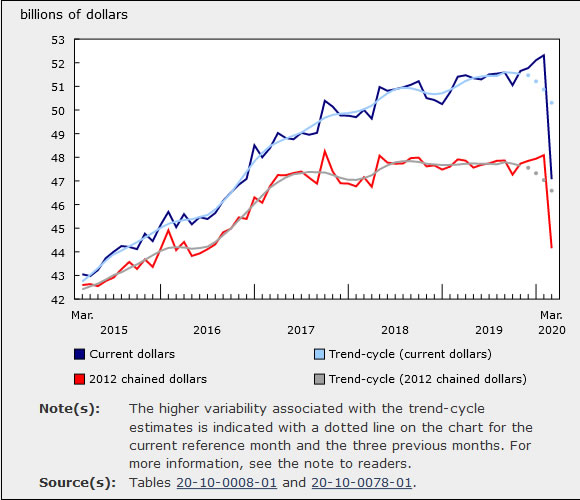