Bitcoin settles in range above 30k, await next move

ECB President Christine Lagarde said in a at the Reuters Next conference that Bitcoin is a “highly speculative asset, which has conducted some funny business and some interesting and totally reprehensible money laundering activity”. As for crytopcurrencies in general, she said, “there has to be regulation. This has to be applied and agreed upon … at a global level because if there is an escape that escape will be used.”

Bitcoin’s pull back from 41964.0 was a bit deeper than expected. But is quickly recovered back above 4 hour 55 EMA and settles in range. Though, as recovery attempt was so far held by 55 H EMA, another fall would be mildly in favor, but 30k handle should provide enough support for now. Meanwhile, a break above 36649.0 resistance will suggest that the correction has completed, and bring retest on the high. 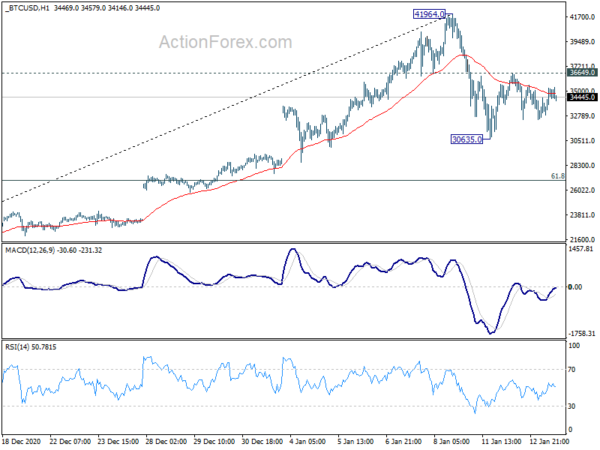 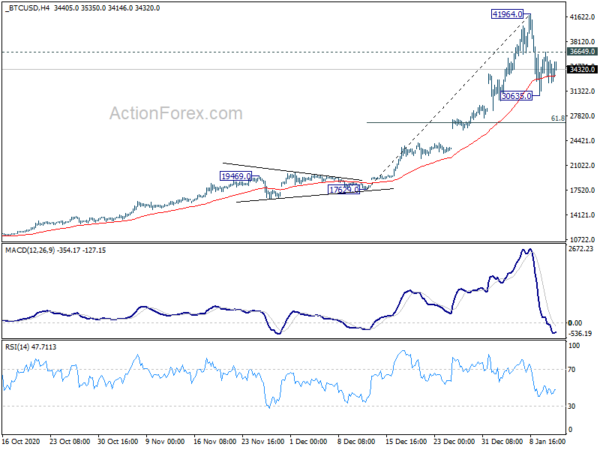