Gold’s strong rally today should now have 1755.29 resistance taken out firmly, completing a double bottom reversal pattern (1676.54, 1677.69). The development is also the first sign that whole correction from 2075.18 has completed with three waves down to 1676.65, after hitting channel support.

Further rise is now expected back to 38.2% retracement of 2075.18 to 1676.65 at 1828.88. Sustained break there will further affirm this bullish case, and target channel resistance (now at 1886) for confirmation. Rejection by 1828.88, however, will retain bearishness for another decline. But after all, for now, near term outlook will stay cautiously bullish as long as 1723.53 support holds, in case of retreat. 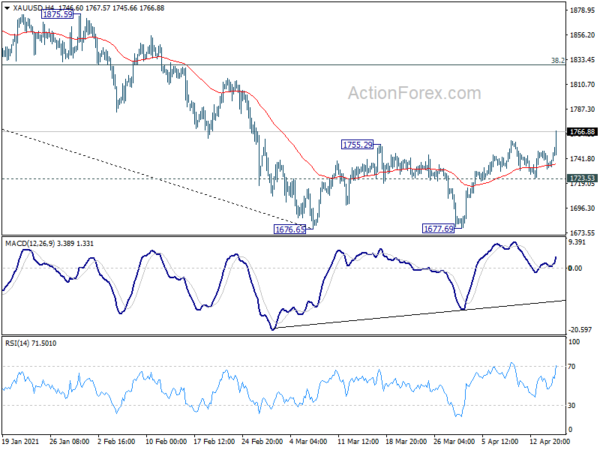 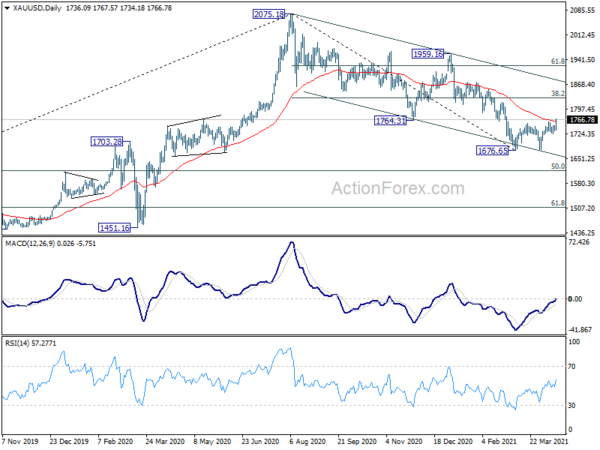