Germany Gfk consumer sentiment. for July dropped from -26.2 to -27.4, better than expectation of -27.7. But that’s nonetheless another record low since 1991.

“The ongoing war in Ukraine and disruptions in supply chains are causing energy and food prices in particular to skyrocket, resulting in a gloomier consumer climate than ever before”, explains Rolf Bürkl, GfK consumer expert. “Above all, the increase in the cost of living, which is almost eight percent at present, is weighing heavily on consumer sentiment and sending it into a downward spiral.” 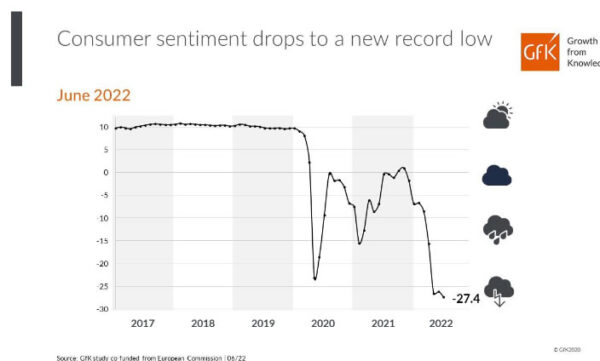