“The eurozone economy continued to deteriorate in December, but the strength of the downturn moderated for a second successive month, tentatively pointing to a contraction in the economy that may be milder than was initially anticipated….

“Nevertheless, there is little evidence across the survey results to suggest the eurozone economy may return to meaningful and stable growth any time soon.” 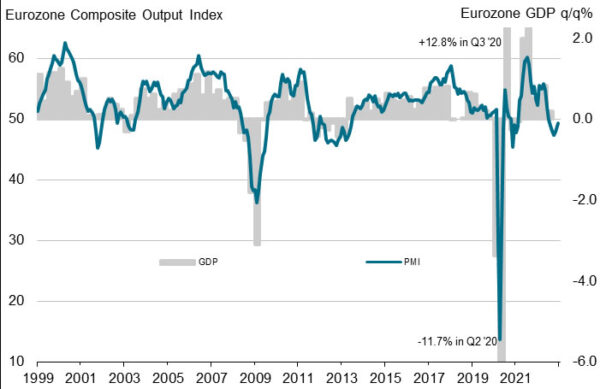