Euro tumbles broadly after Bloomberg reported, quoting unnamed source, that ECB is pondering slower rate hike after 50bps in February. It noted that “the prospect of a smaller 25-point increase at the following meeting in March is gaining support”.

EUR/CHF’s break of 0.9953 resistance turned support now raising the chance of at least a deeper correction. For now, 38.2% retracement of 0.9407 to 1.0095 at 0.9832. Reaction from there would reveal whether EUR/CHF could defend its near term bullishness. 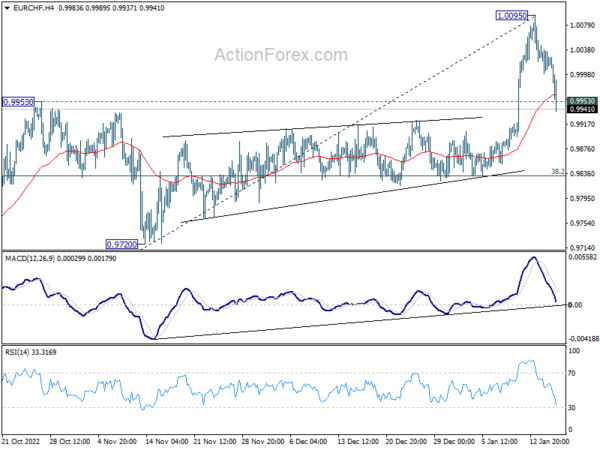 Meanwhile, EUR/GBP is heading back to 0.8768 support. Reaction from there will also reveal whether rebound from 0.8545 has completed at 0.8896 already. 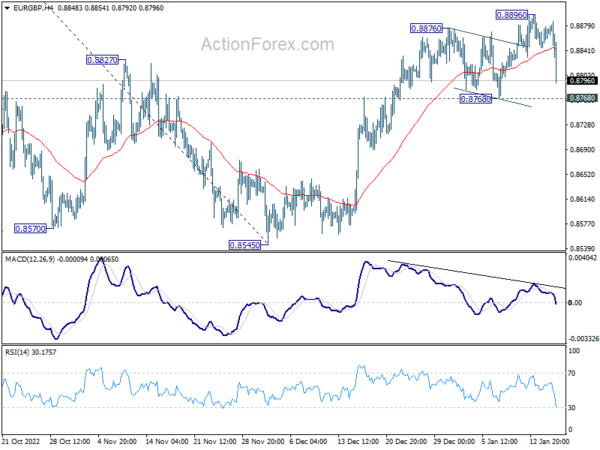