AUD/USD’s corrective move from 0.7711 continued last week and outlook is unchanged. Initial bias remains neutral this week first. With 0.7534 support intact, another rise is in favor. Above 0.7643 minor resistance will bring retest of 0.7711. Break will extend the rally from 0.7328 to 0.7748 resistance and above. At this point, there is no clear sign of range breakout yet. Hence, we’d be cautious on topping again as it approaches medium term fibonacci level at 0.7849. On the downside, break of 0.7534 will indicate near term reversal and turn bias back to the downside for 0.7370 support. 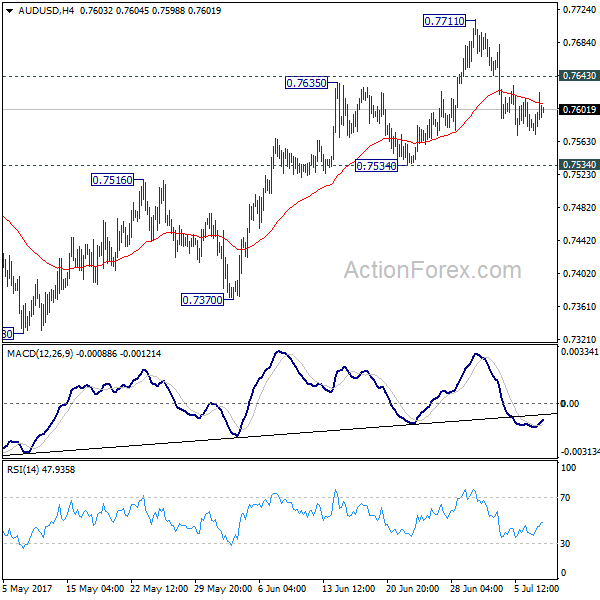 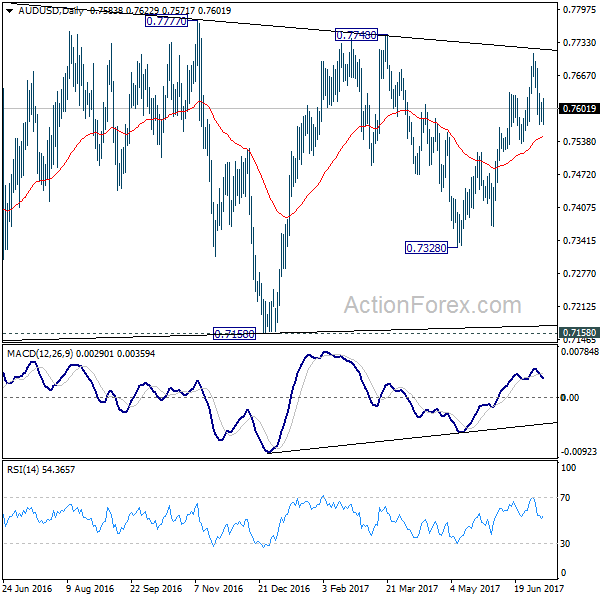 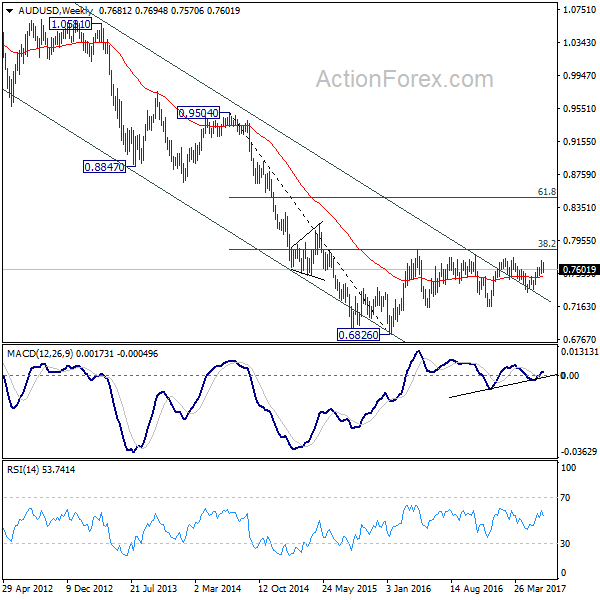 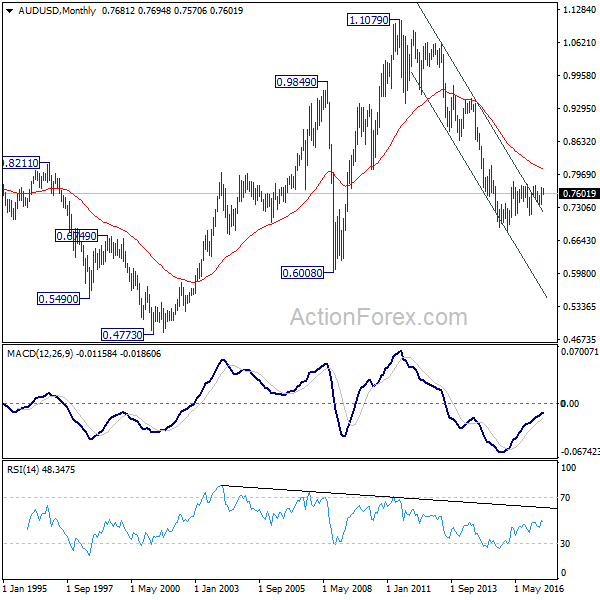