AUD/USD edged higher to 0.7243 last week but retreated quickly again. Initial bias stays neutral this week first. Upside momentum remain unconvincing, with bearish divergence condition in 4 hour MACD. Break of 0.7076 support should confirm short term topping. In this case, intraday bias will be turned back to the downside for 0.6776 support, for correcting the whole rise form 0.5506. Though, break of 0.7243 resistance will extend the rise to 0.7311 long term EMA. 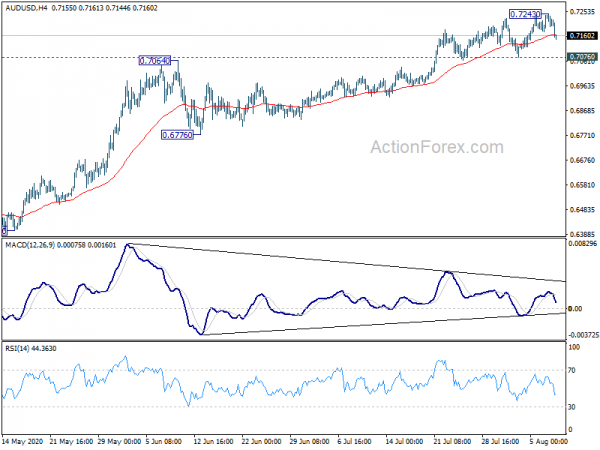 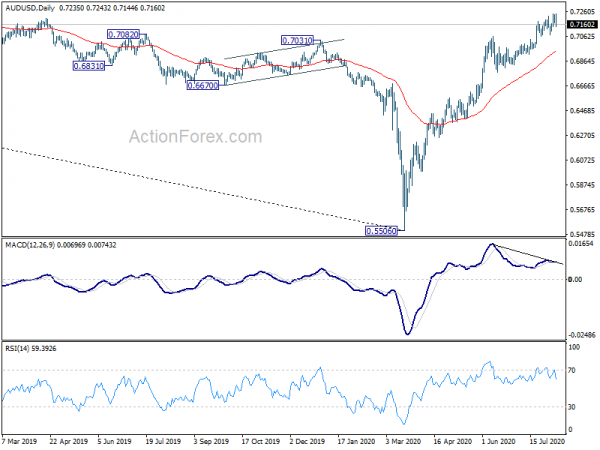 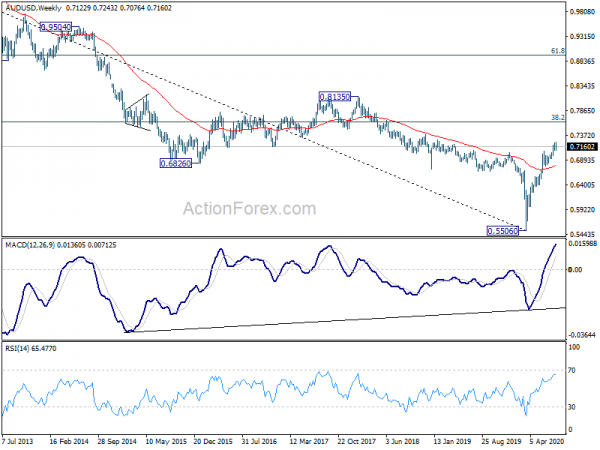 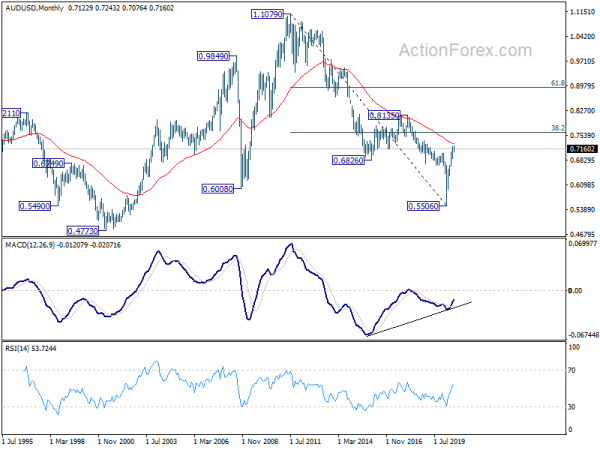