AUD/USD stayed in consolidation above 0.7642 last week and outlook is unchanged. Initial bias remains neutral this week first. And outlooks stays bearish with 0.7784 resistance holds. On the downside, break of 0.7642 will turn bias to the downside to extend recent fall from 0.8135 to retest 0.7500 key support level. On the upside, however, break of 0.7784 will suggest near term reversal and turn bias to the upside for 0.7915 resistance first. 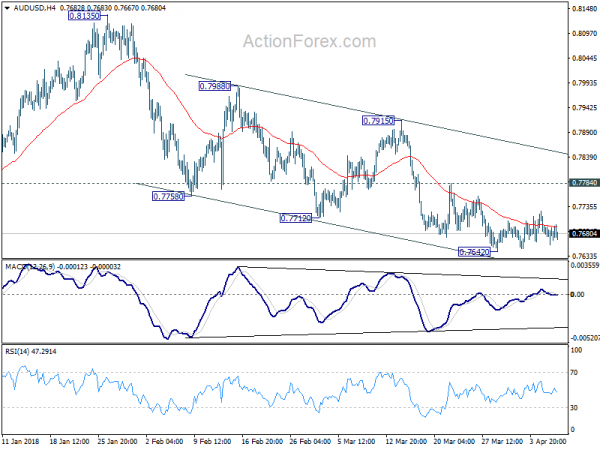 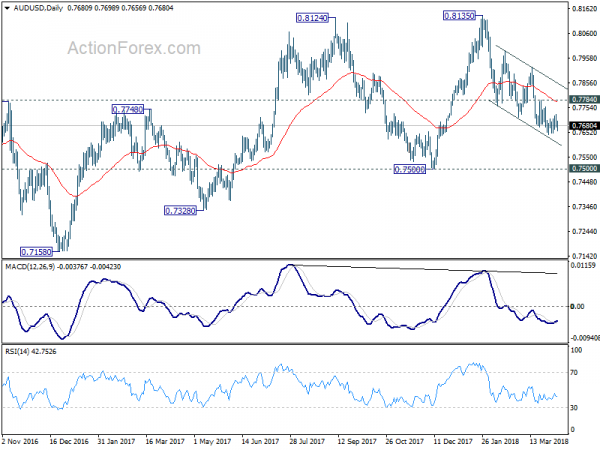 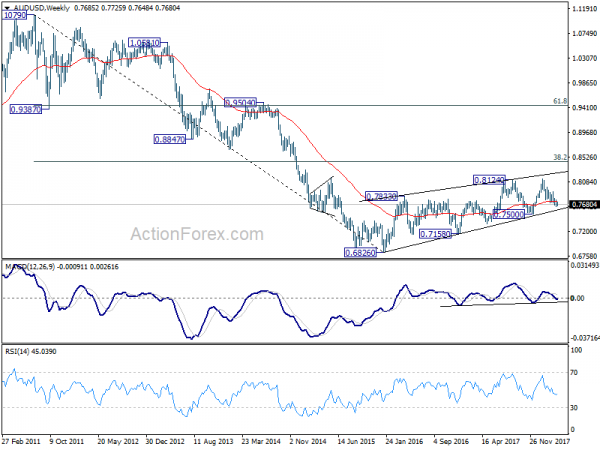 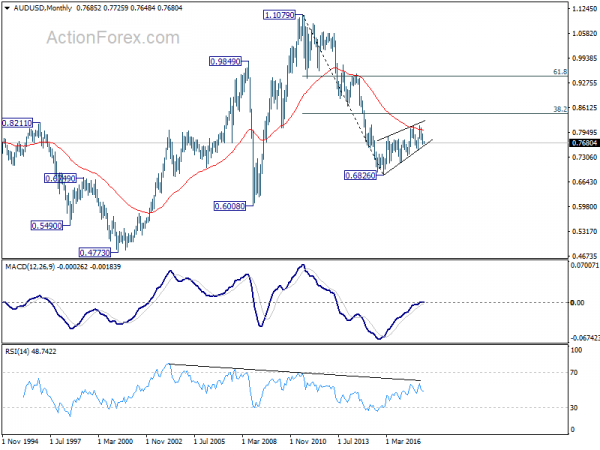