EUR/GBP edged lower to 0.9007 last week but recovered quickly again. Initial bias remains neutral this week first. The structure of the fall from 0.9291, as well as weak downside momentum as seen in 4 hour MACD, suggest that it’s merely a corrective move. That is, rise form 0.8670 isn’t completed yet. Break of 0.9162 will turn bias to the upside for 0.9291 resistance first. Break of 0.9007 would extend the decline but downside should be contained above 0.8866 support to bring rebound. 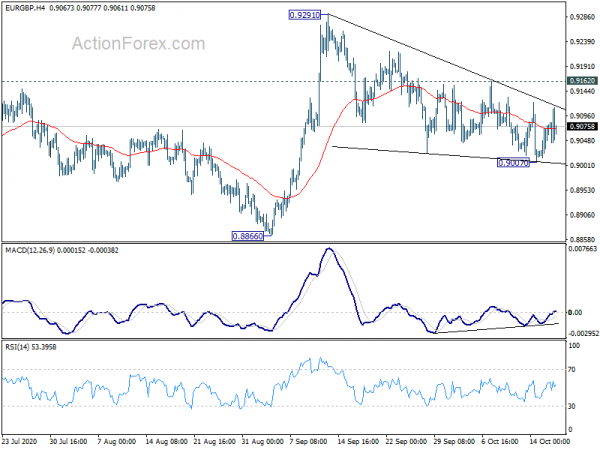 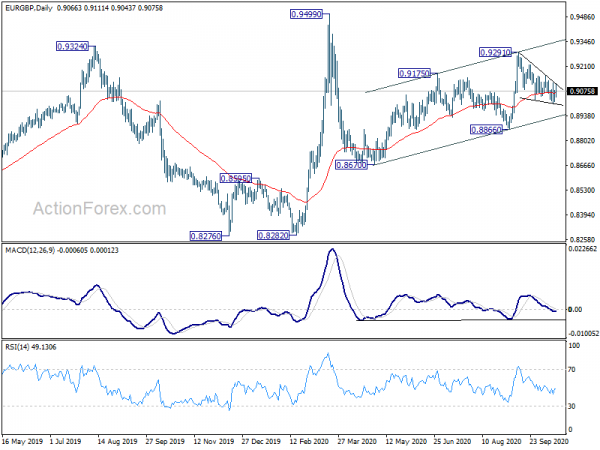 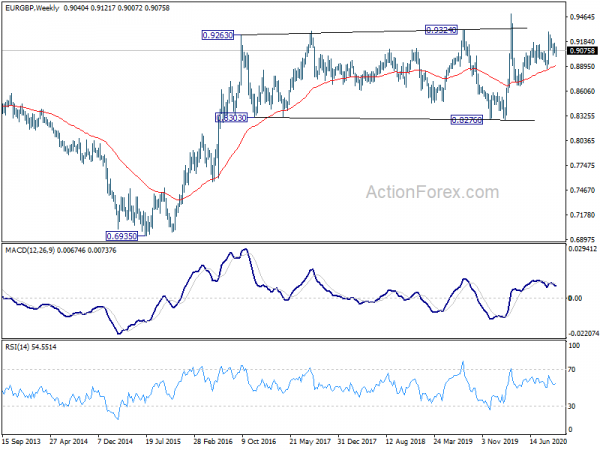 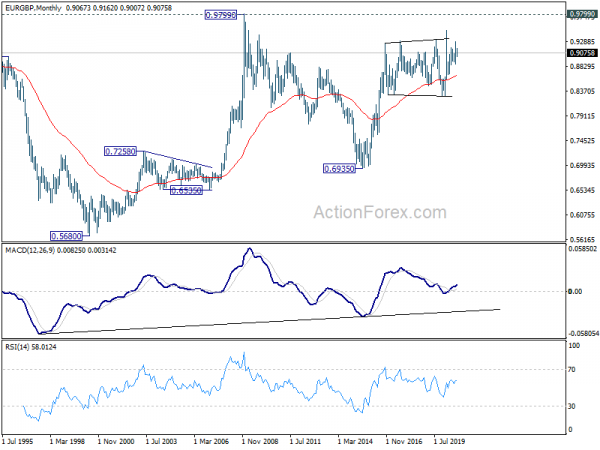