EUR/GBP dropped sharply last week still stayed above 0.8861 support. Initial bias remains neutral this week first. On the downside, decisive break of 0.8861 will indicate that whole choppy rise from 0.8670 has completed. The pattern from 0.9499 should have then started a third leg to 0.8670 support and below. Nevertheless, rebound from the current level will retain near term bullishness, for another rise through 0.9291 at a later stage. 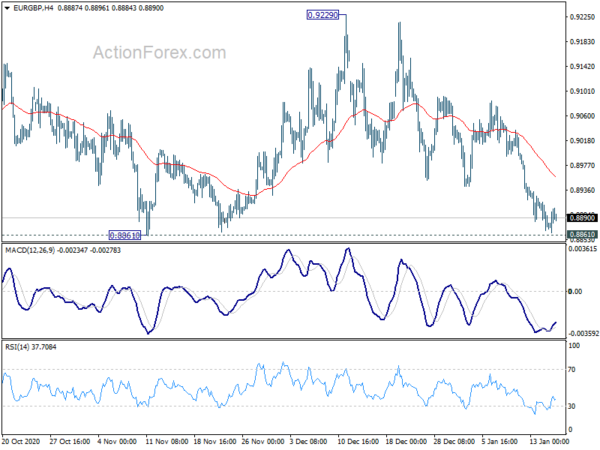 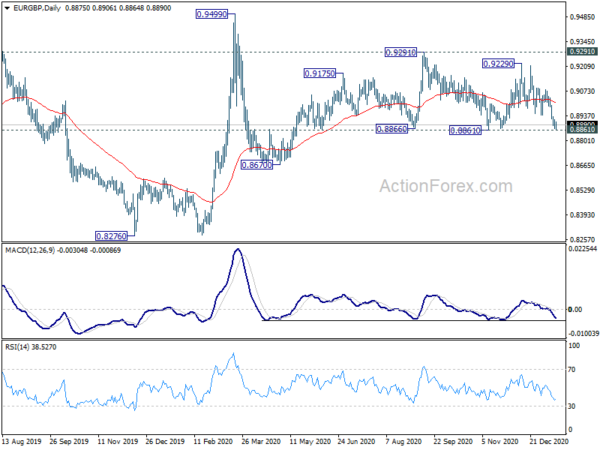 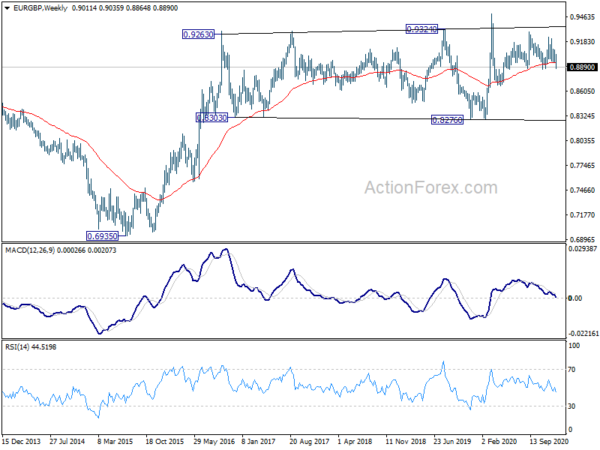 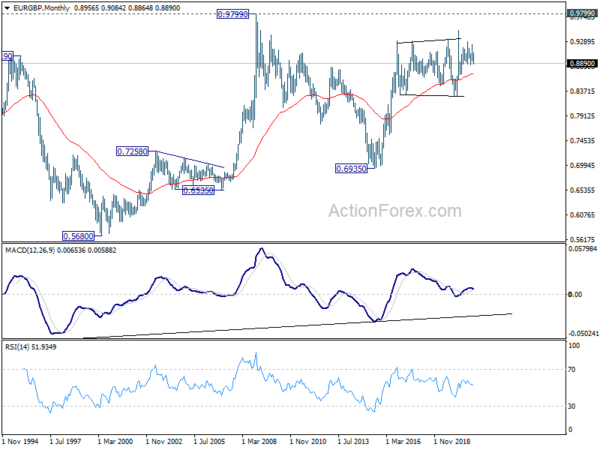