EUR/GBP dropped to as low as 0.8469 last week but lost momentum ahead of 0.8449 support and recovered. Initial bias is neutral this week first. The sustained trading below near term channel suggests that corrective rise from 0.8303 has completed at 0.8851 already. We’d favor deeper fall as long as 0.8650 minor resistance holds. Break of 0.8449 will argue that corrective fall from 0.9304 has started the third leg for 0.8116 cluster support. Nonetheless, break of 0.8650 will turn focus back to 0.8851 instead. 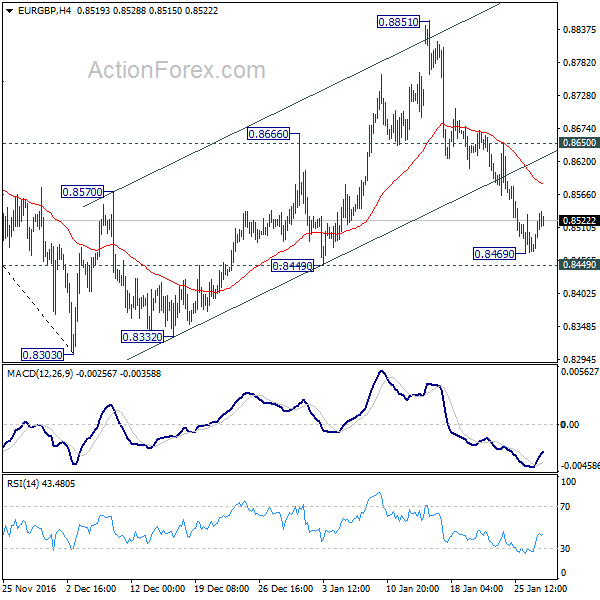 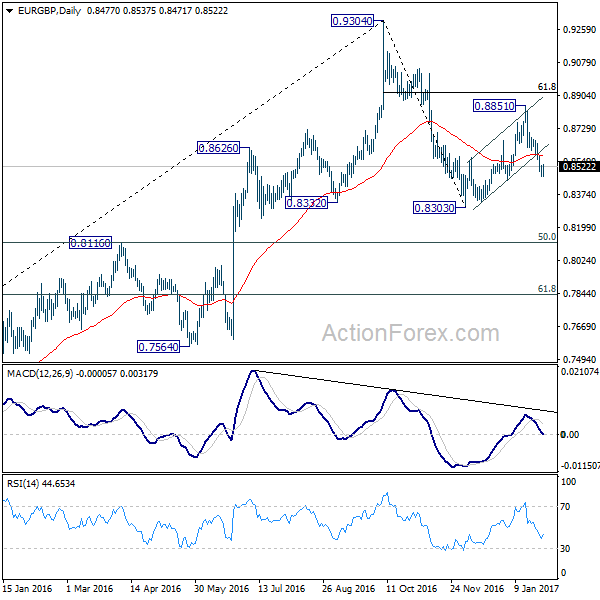 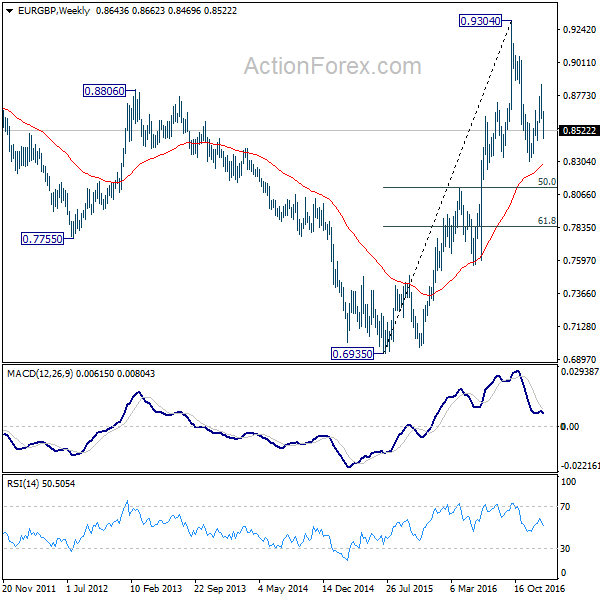 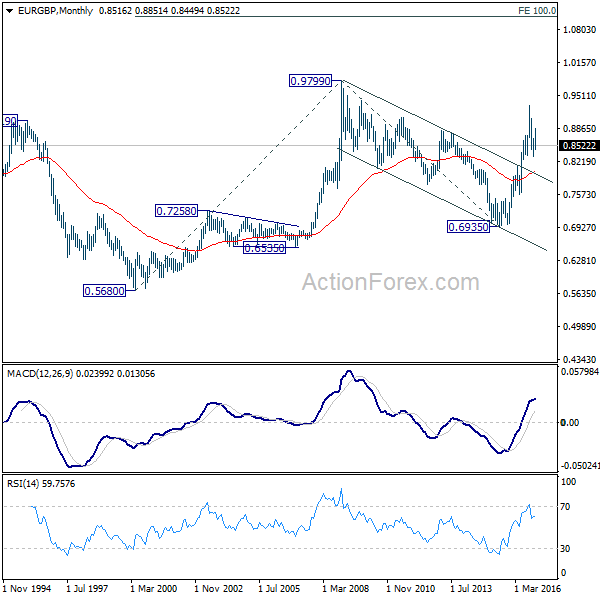