EUR/GBP’s break of 0.8448 support last week indicates resumption of larger down trend from 0.9499. Initial bias stays on the downside this week. Current fall would target 0.8276 key long term support next. On the upside, above 0.8485 minor resistance will turn intraday bias neutral and bring consolidations first. But overall, outlook will remain bearish as long as 0.8656 resistance holds.

In the bigger picture, price actions from 0.9499 (2020 high) are still seen as developing into a corrective pattern. Deeper fall could be seen as long as 0.8656 resistance holds, towards long term support at 0.8276. However, firm break of 0.8656 resistance would argue that a medium term bottom was already formed. Stronger rise would be seen to 0.8861 support turned resistance to confirm completion of the corrective pattern. 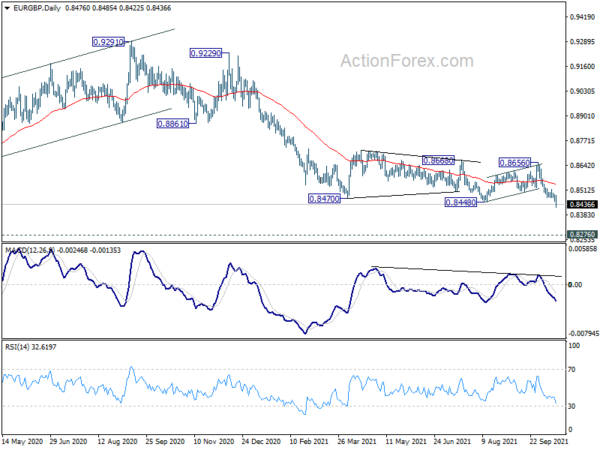 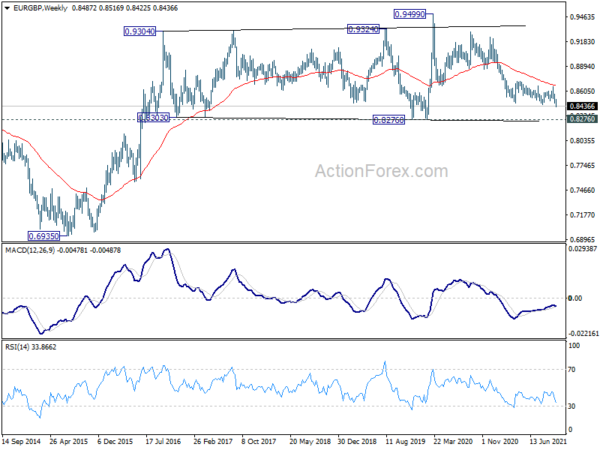 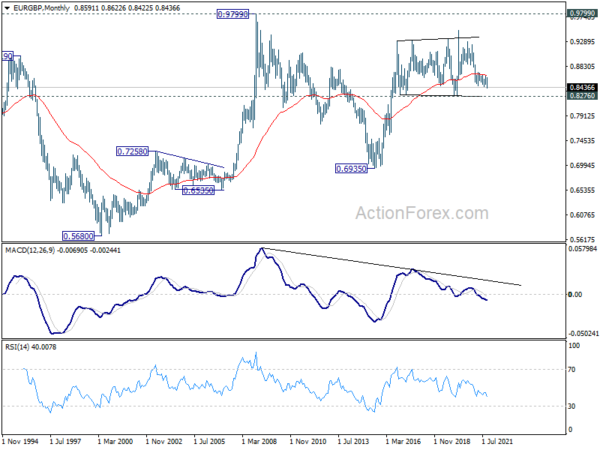