EUR/GBP’s decline last week suggests that rebound form 0.8304 has completed at 0.8421 after rejection by 55 day EMA. Initial bias stays on the downside this week. Break of 0.8304 will resume larger down trend to 0.8276 key support. On the upside, above 0.8366 minor resistance will turn bias back to the upside for 0.8421 resistance first. 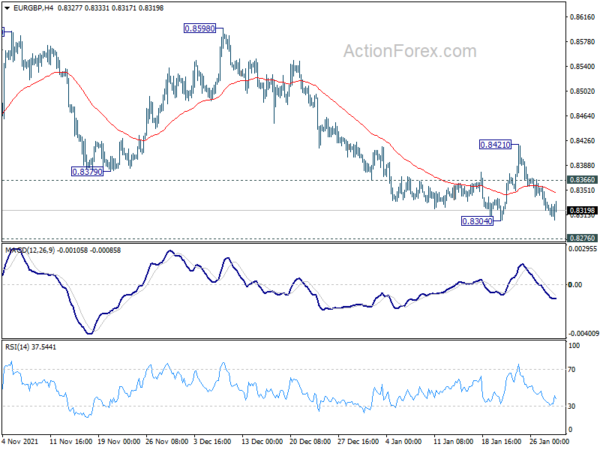 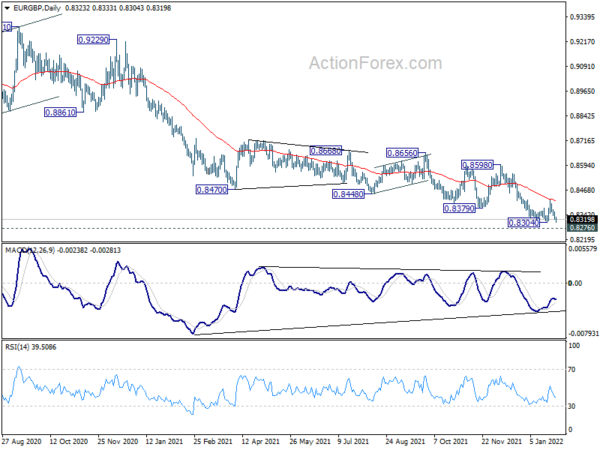 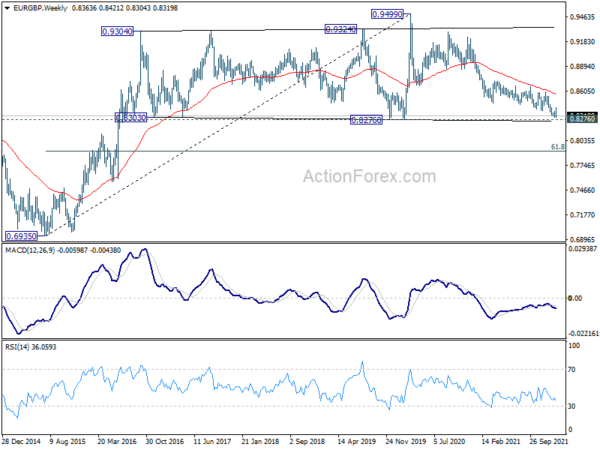 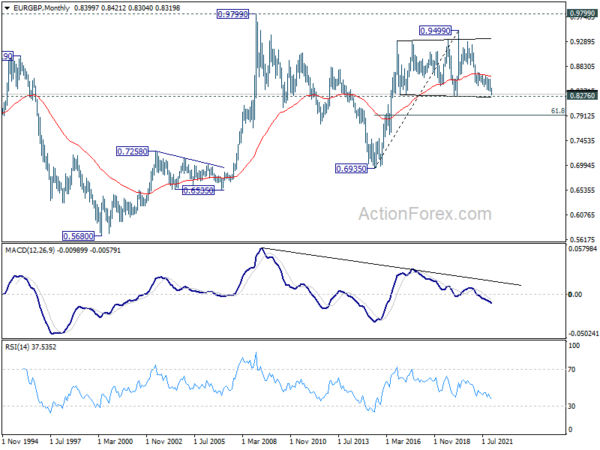