GBP/JPY defended 149.03 key support and rebounded strongly last week. The development suggests that fall from 152.28 has completed. Initial bias stays mildly on the upside for 152.82 resistance first. Sustained break there will suggest that correction from 156.05 has completed, and turn near term outlook bullish for retesting this high. On the downside, break of 150.70 minor support will turn bias back to the downside for 149.03 key support instead. 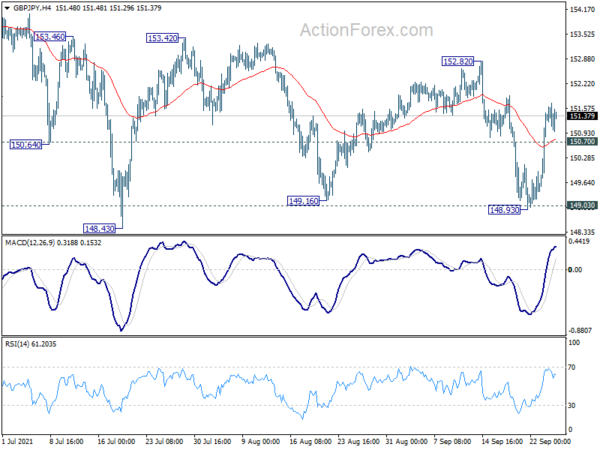 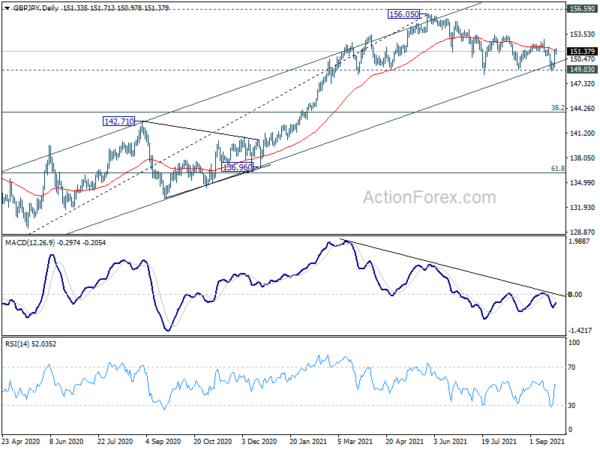 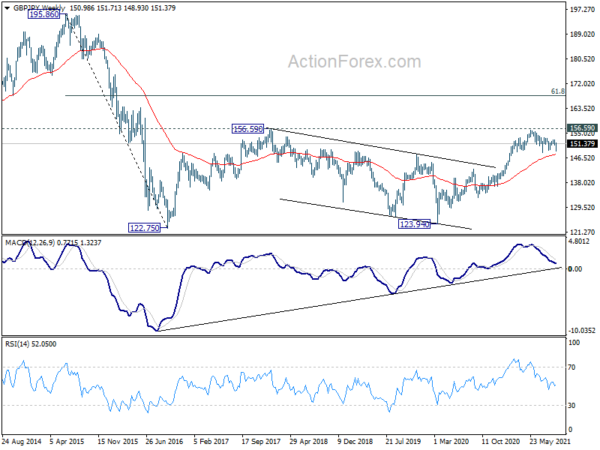 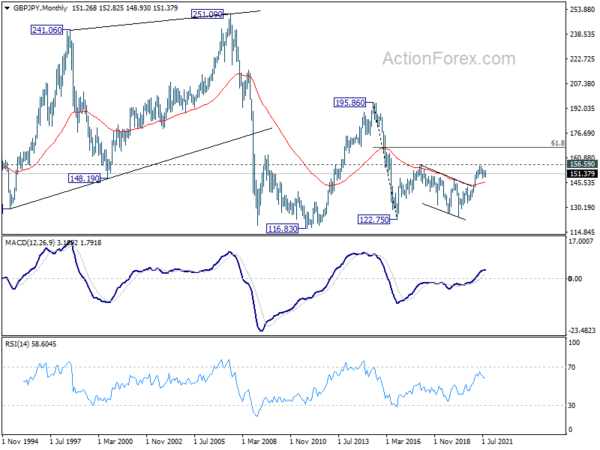