GBP/USD’s rise from 1.1958 resumed last week by taking out 1.3012 resistance to as high as 1.3166. As a temporary top was formed, initial bias is neutral this week for consolidations first. Downside should be contained well above 1.2827 support to bring rise resumption. On the upside, above 1.3166 will target 1.3381 resistance next. 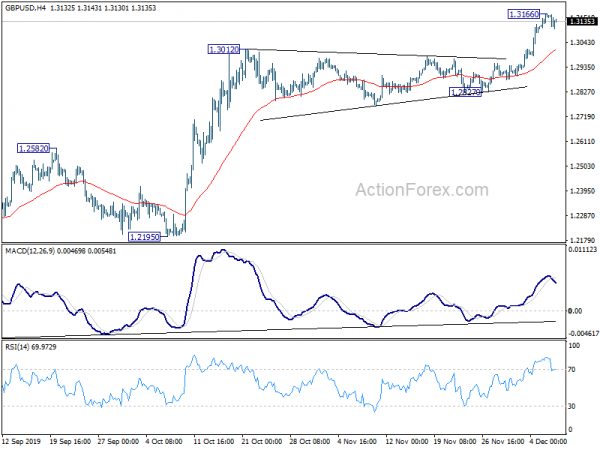 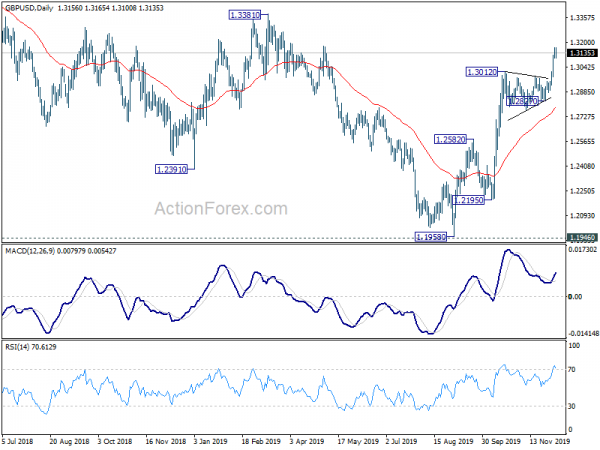 In the longer term picture, at this point, price actions from 1.1946 are seen developing into a corrective pattern. That is, down trend from 2.1161 (2007 high) is still expected to resume later. But sustained break of 1.4376 resistance will now be a strong signal of long term bullish reversal. 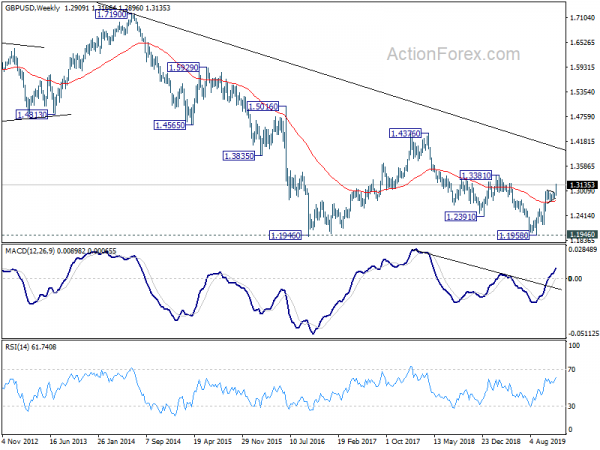 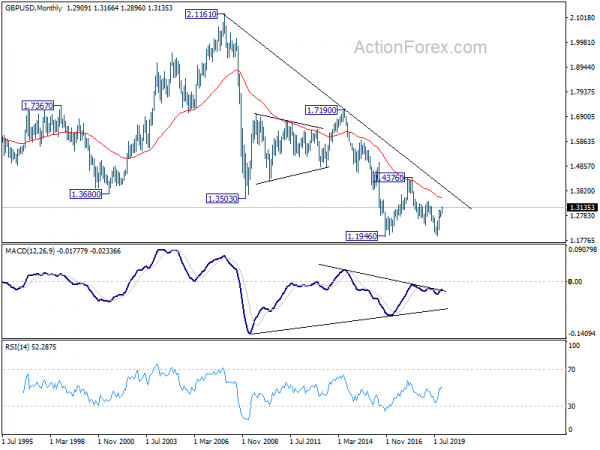