Initial bias in USD/CHF remains on the downside this week for 0.9812 next. Note again that price actions from 1.0342 are seen as a correction. Break of 0.9812 should be brief and we will look for bottoming signal below there. On the upside, break of 0.9956 resistance will suggest that fall from 1.0107 is completed and turn bias back to the upside for this resistance. 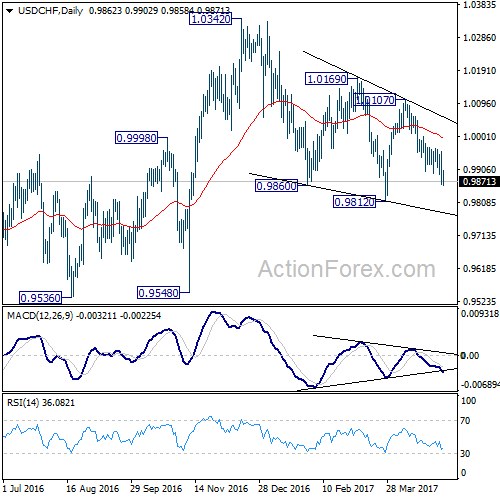 In the bigger picture, we’re still maintaining that firm break of 1.0342 key resistance is needed to confirm underlying bullish momentum in the pair. However, the corrective nature of the fall from 1.0342 is starting to give the medium term outlook a bullish favor. Hence, in stead of looking for topping signal around 1.0342, we’d now pay closer attention to upside acceleration as USD/CHF approaches this level again. 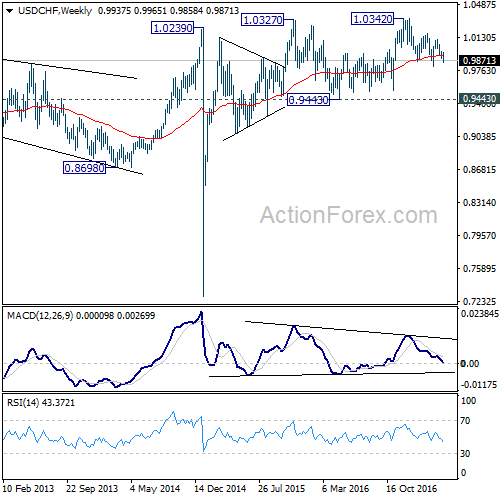 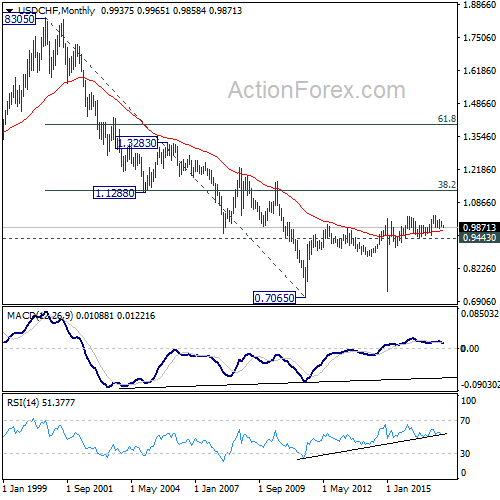