USD/CHF rose strongly last week and break of 0.9877 indicators resumption of rebound from 0.9659. Initial bias remains on the upside for 0.9975 resistance first. Decisive break there will indicate completion of whole fall from 1.0237. In this case, further rise should be seen to retest 1.0237. On the downside, though, break of 0.9800 minor support will turn bias to the downside for 0.9713 support instead. 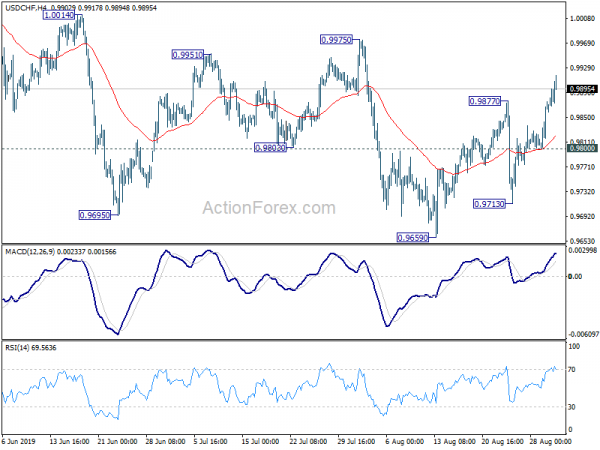 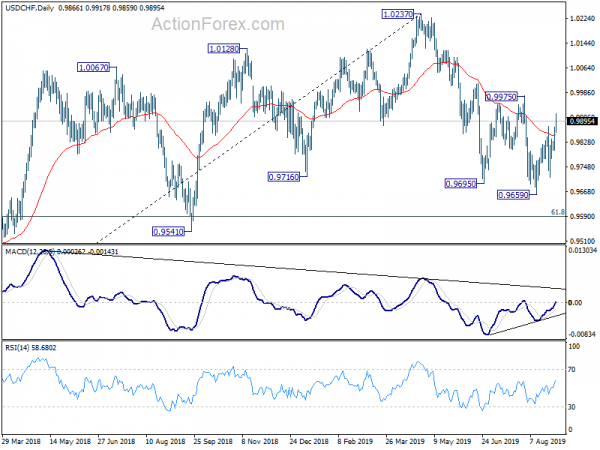 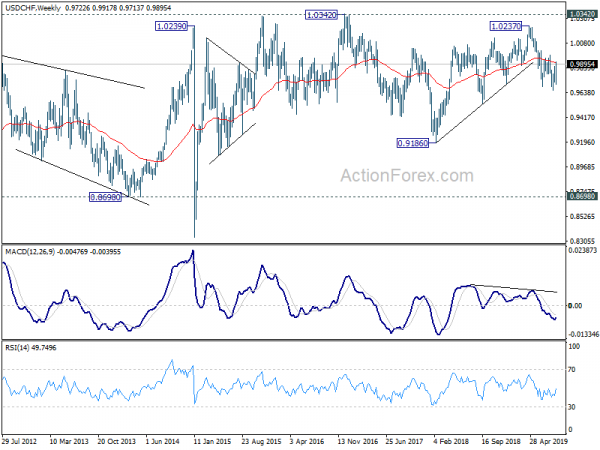 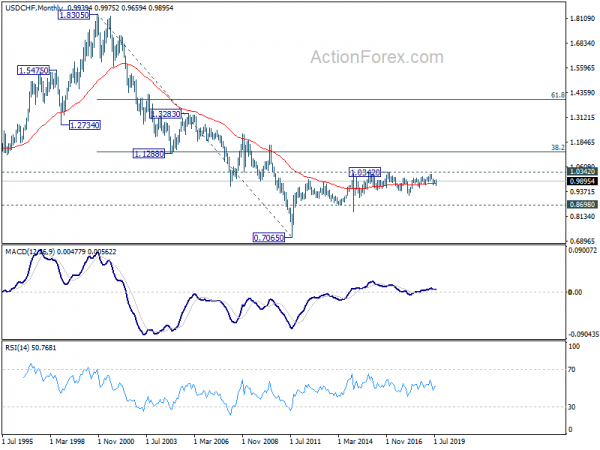